The Rolling Loud tour is setting up shop with the gaming tech company Twitch, for a free virtual ‘Loud Stream’ concert.

The virtual concert event of the Free ‘Loud’ Streaming concert was pending due to the looming pandemic. The original tweet published by Rolling Loud came out as early as this week with an added flyer.  Live Nation was announced as a supporting contributor and tech company Twitch as a streaming addition.  Ultimately titled ‘Loud Stream’ the virtual event is scheduled take place on September 12th and 13th (of this weekend), on Twitch’s FREE hosting application. Set times have been said to be from 5 pm to 11 pm ET at Twitch.tv/RollingLoud.

The event will headline Swae Lee and Ski Mask The Slump God this year’s concert major artist. Other performances by rising stars like Polo G, NLE Choppa, Lil Skies, Lil Keed, and StaySolidRocky will also be given performance a venue on the FREE Stream.  Kaash Paige, Tay Money, and Maliibu Miitch, was named as this year’s leading ladies that will also have the opportunity to hit the virtual event over the weekend.  Rolling Loud regulars like Smokepurpp, Fat Nick, Pouya, and more will be in attendance as ‘Loud Stream’ teams up with Live Nation and the gaming streaming company, Twitch. 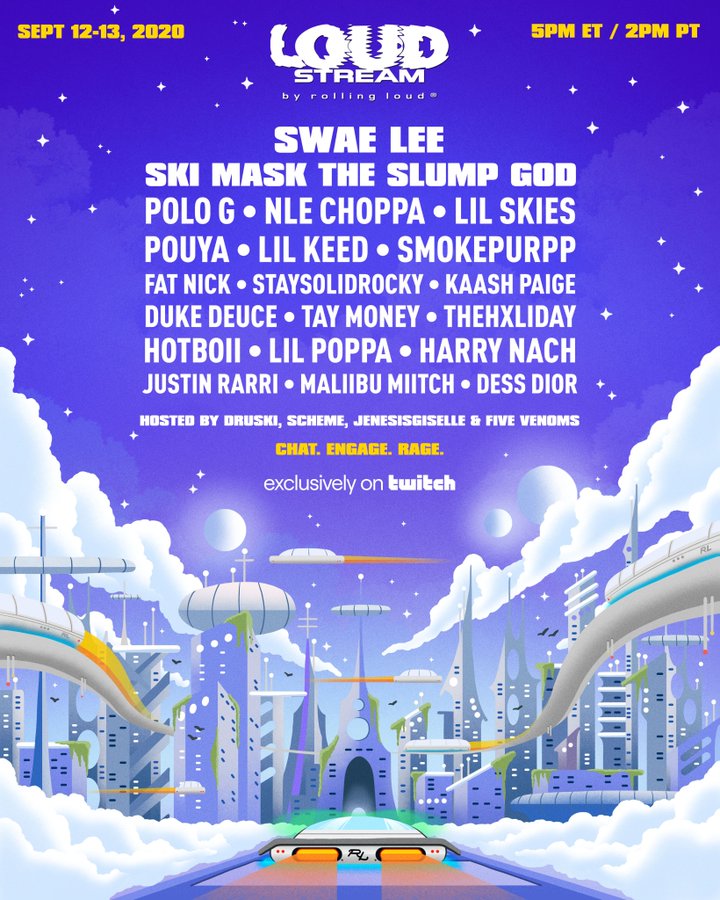