Continuing to fix the water crisis ourselves..

[mks_dropcap style=”rounded” size=”52″ bg_color=”#7e4e20″ txt_color=”#fcfcfc”]O[/mks_dropcap] ver the weekend, First Trinity Missionary Baptist Church of Flint, Michigan, hosted the collaboration announcement with the icon living, Jaden Smith. During the announcement they were joined by Jaden’s mother Jada P. Smith along with the Last Kilometer nonprofit organization and his partners at JUST Water. The Last Kilometer spoke about keeping the initiative for the community focused project on its residents rather than mass distribution and provided a demo of the ‘waterbox’ filtration system on the spot.

While bottled water is still needed and are welcomed by all organization serving the Flint area, the Water Box, the a portable water filtration system can fill a 5-gallon jug in 30 seconds.  Jaden is donating the filtration system to support the residents through its current water crisis that is hitting an unbelievable five year mark. The church has one Water Box residents will be able to get filtered water from between 11:30 a.m.-1:30 p.m. Thursday, March 7 at the Annex Center across from First Trinity. Pinkett-Smith announced she’ll be donating a second Water Box to Flint.

According to PageSix, The church has distributed over 5 million bottles of water to residents, but bottled water donations are on the decline. 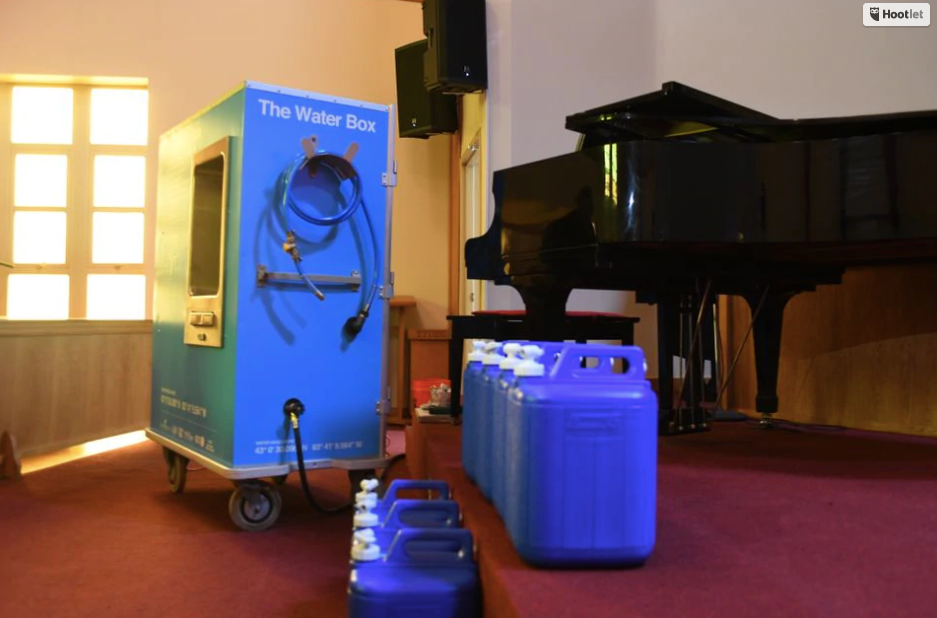