Adidas x Star Wars take on a bold collab with Silver “X-Wing” & “Millennium Falcon” UltraBOOST pending the upcoming release of the epic of “Star Wars – The Rise of Skywalker.’

On the eve of the Star Wars installment featuring ‘The Rise of Skywalker,’ the Adidas brand press release offered news that the brand would be partnering with the Star Wars franchise in the very near future. No word on what the then release would capsule until now.  While the Samsung Galaxy x Star Wars partnership was recently aired about a week ago creating a viral hashtag #RescueChewieDog turning the commercial opportunity to advocate for the adoption of animals while featuring the Samsung Galaxy. Prior to today’s preview of the Star Wars Adidas UltraBOOST “X-Wing” & “Millennium Falcon” collaboration in featured images below.

The first pair to be featured assumes attention to detail and striking features that reference the iconic X-Wing design. The UltraBOOST encompasses visual features of an upper full of X-Wing graphics and the “Sesame/Active Orange/Carbon” colorway mirroring a unique feature for Stripes & Star Wars stan. Pictures included below credited by Adidas. 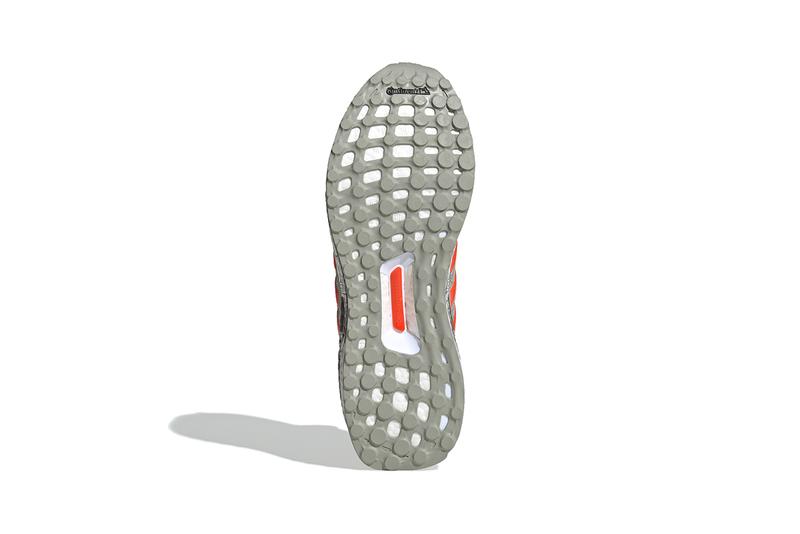 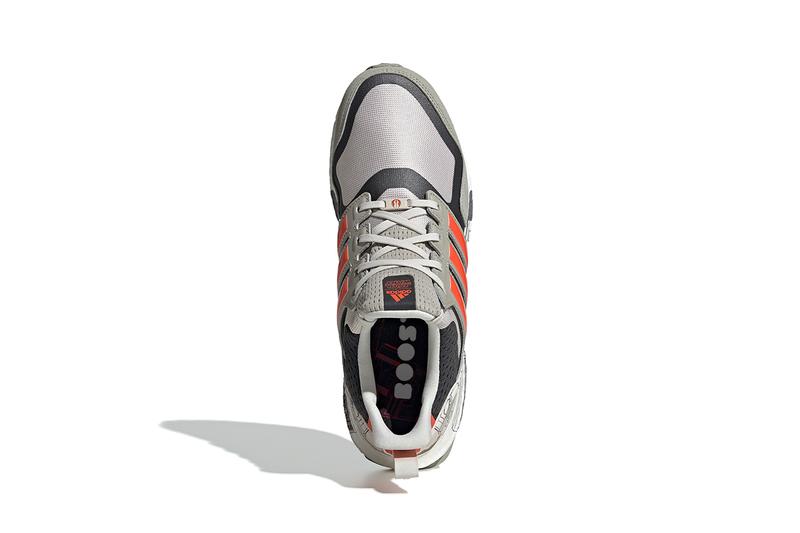 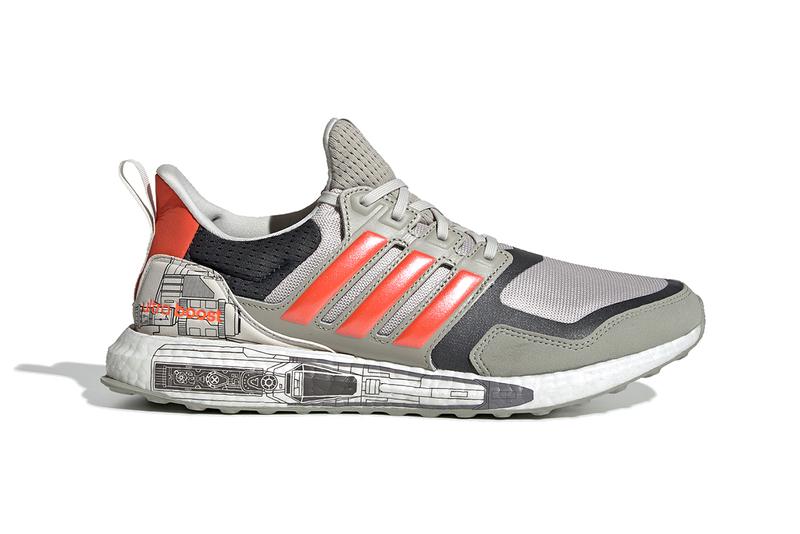 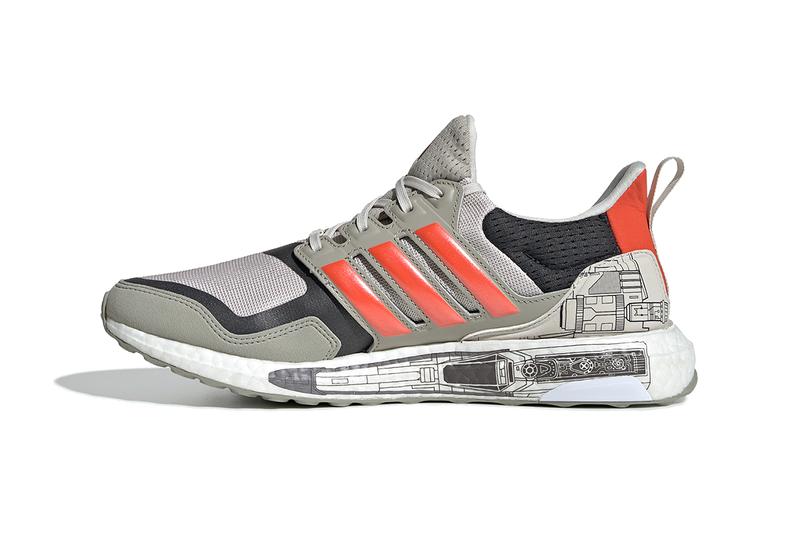 While the Star Wars x Adidas UltraBOOST 19 features a decorative design featuring the Han Solo’s, Millennium Falcon.  The pair is designed in a darker colorway than the previous one.  In order to differentiate itself from the X-Wing, a tonal grey base was chosen to offset with “Bright Cyan” details throughout. Ultimately finished with a black BOOST sole unit, and the phrase “Never Tell Me The Odds” written on the heel tab. Still another release for the Star Wars fan looking to attend the debut of the epic release film that tells the story of the Jedi superstar. 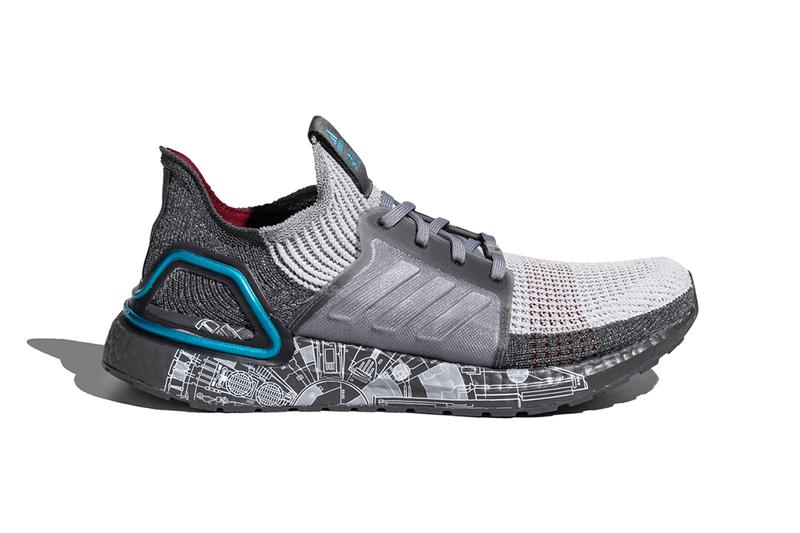 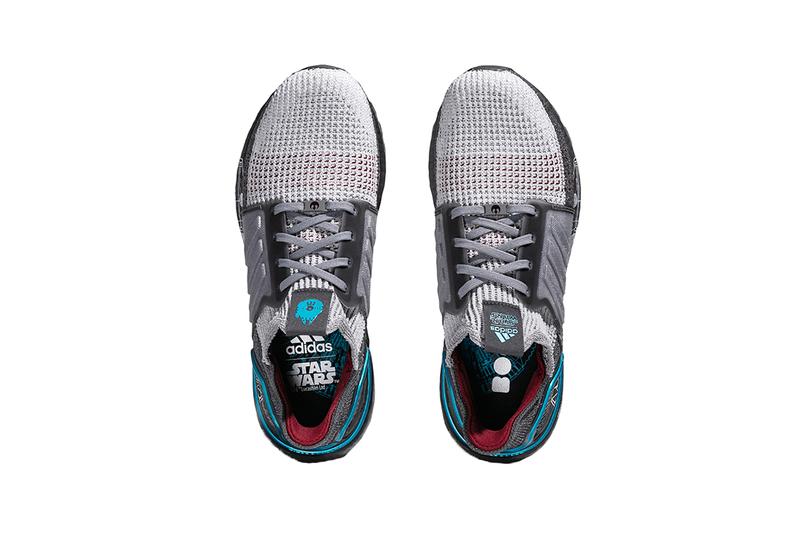 Scheduled for a November 21st drop, the epic film debuts just a week shy of Christmas, December 19th after collaborations are introduced.