Using the silhouette of the iconic Superstar model, Adidas x Parada collab moves forward with 3-colorway releases despite the disappointment.

Hailed as one of the one possible creative collaborations by the athletic wear brand and the fashion house is DOD. Utilizing the iconic Superstar Model into three simple colorways left nothing for fans to rave about. According to info released, Adidas x Parada will release the sneakers in 3-colorways and limited to 700-pairs.  If you still care, the three new colorways are priced at $450 each.

While I for one remain highly disappointed by the first collaborative release, the debut the shoe features a leather upper detailed with a dual Adidas and Prada logo on the tongue along with the Prada logo stamped on the heel of the shoe. Besides that the white/white drop also included a bowling bag that no longer seems to be an option.

While it’s never easy to collaborate a silhouette as iconic as the Superstar, there could have been a creative release preferable over swapping swatches. 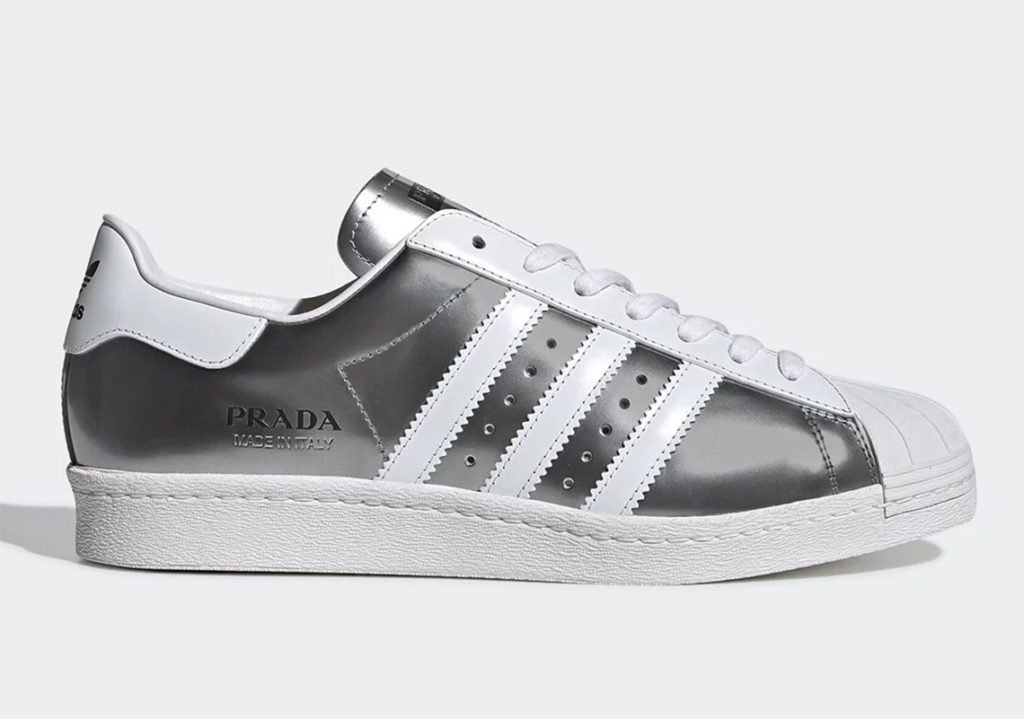