The Bape brand and Curren$y link up with his ‘JetLife’ apparel brand for an exclusive Bapesta sneaker release.

The Curren$y x Bape collaboration is long overdue.  Other than myself I know Curren$y has been a day one fan of the brand much of his career.  Lately, the New Orleans rapper has been touting his JetLife apparel brand just about everywhere.  His obsessive car collection is another article.  The Bapesta brand linked up with the sneakerhead for his own exclusive release.

With an affinity for the colorful BAPE silhouettes, the release collaboration comes in blue, green, and white with yellow accents around the heel.  The official release was announced by Bape of the BAPE® x CURREN$Y BAPE STA. 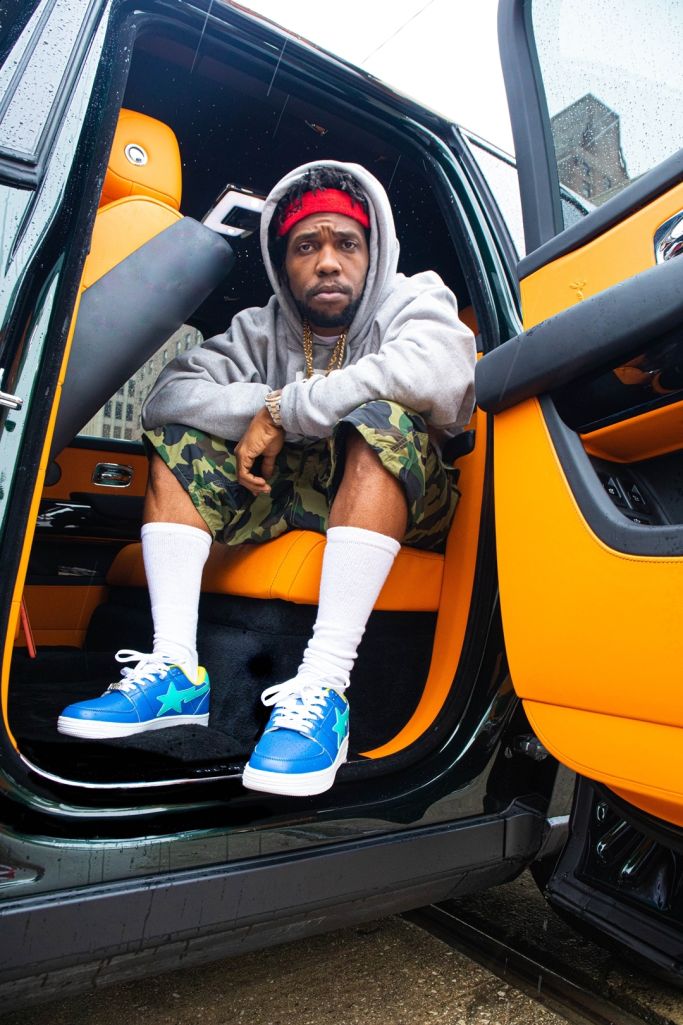 In a press release by Bape;

“This is a collaboration project between BAPE® and CURREN$Y, an accomplished worldwide famous rapper out of New Orleans following Lil Wayne, who has enamored and collaborated with big-name artists like The Alchemist and Wiz Khalifa. Blue toned colors streamline the look and the backstay is engraved with a black stamp of “Jet Life”, the rapper’s record label,”

[bctt tweet=”The Bape brand and Curren$y link up with his ‘JetLife’ apparel brand for an exclusive Bapesta sneaker release.” via=”no”]

Hit the JUMP for more Pics.