The Nike Hyperdunk basketball sneakers worn by former Pres. Obama is on the auction block at Sotheby’s.

If you are familiar with Obama’s ball game, he was well known for shoot-outs with Kobe and epic games of HORSE. He often played in the White House’s tennis court which doubles as a basketball court. The president donated 1 of 2 sneakers used to play ball during his time as the President of the United States.

Not only is the sneaker customized by Nike, but it also sports a unique presidential seal as seen above. The Hyperdunk was designed specifically in red, white, and blue to represent the nation’s flag. With particular emphasis on the number ’44’ located on the toes of the sneaker. According to Sotheby’s the insoles features an image of a bald eagle coupled with the annotations ‘1776’ to signify the year the country was founded. 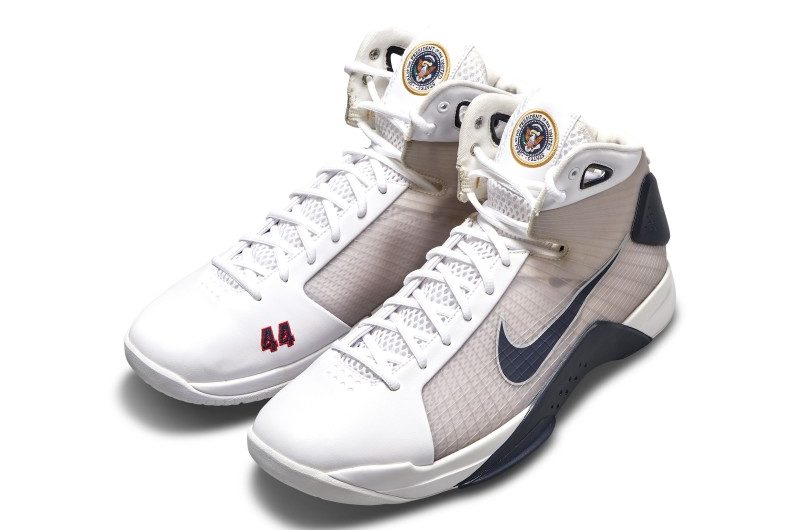 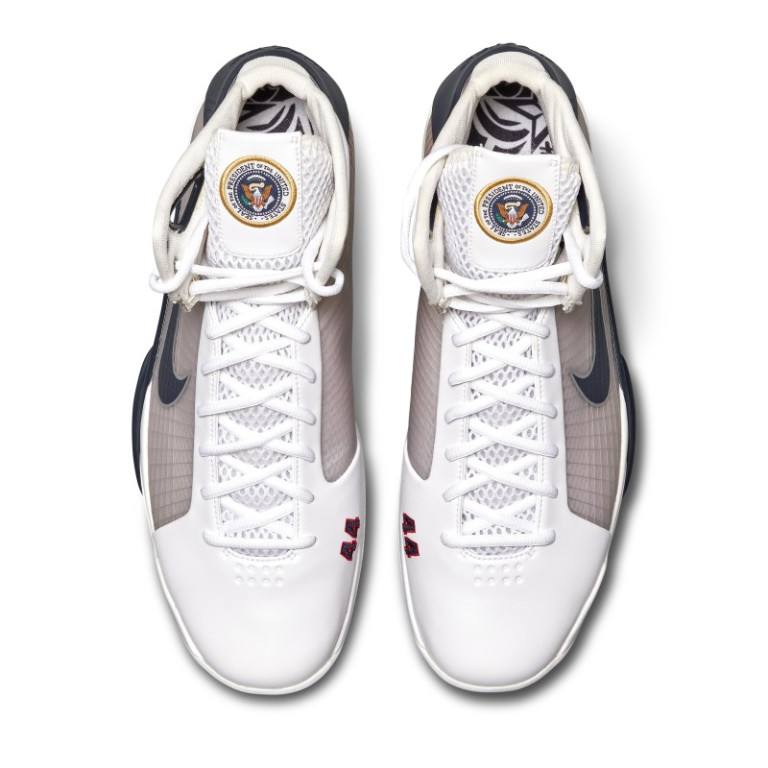 [bctt tweet=”The Nike #Hyperdunk basketball sneakers worn by former Pres. Obama is up for auction at Sotheby’s for a price tag of $25,000.” via=”no”]
Image courtesy of Sotheby’s
45
VIEWS
ShareShare