Featuring some of Hip-Hop’s biggest celebrities as judges on the Netflix Hip-Hop Competition Rhythm And Flow.

Netflix recently revealed that in October they will be debuting their own rap competition show, starring music celebs and this season’s judges Cardi B, T.I. and Chance. Just to name a few of the superstars making a feature on the series. More features and commentators are features in the ad campaign below.

Netflix being among the first the video streaming platforms to take on the talent pool, with their own music competition show game. Titled Rhythm + Flow, is a new series hosted and executive-produced by Cardi B, Chance the Rapper, and Tip “T.I.” Harris are also featured judges. Based on the first trailer I’ve seen on Netflix Twitter timeline, released Wednesday, the show is going to be an uncensored and very entertaining among rap shows.

The show will make a debut on Netflix, October 9th. With ‘The Auditions” on episodes 1 through 4, and followed a week later with a series (in a new attempt to widen the gaps between binge watching). Cyphers, Rap Battles & Music Videos (Episodes 5-7) ending in week three in October with Samples, Collaborations. Finally the show’s finale (Episodes 8-10) in total throughout Rhythm and Flow.

Previously On:   @Netflix Reveal 7-Streaming Projects With The #Obamas 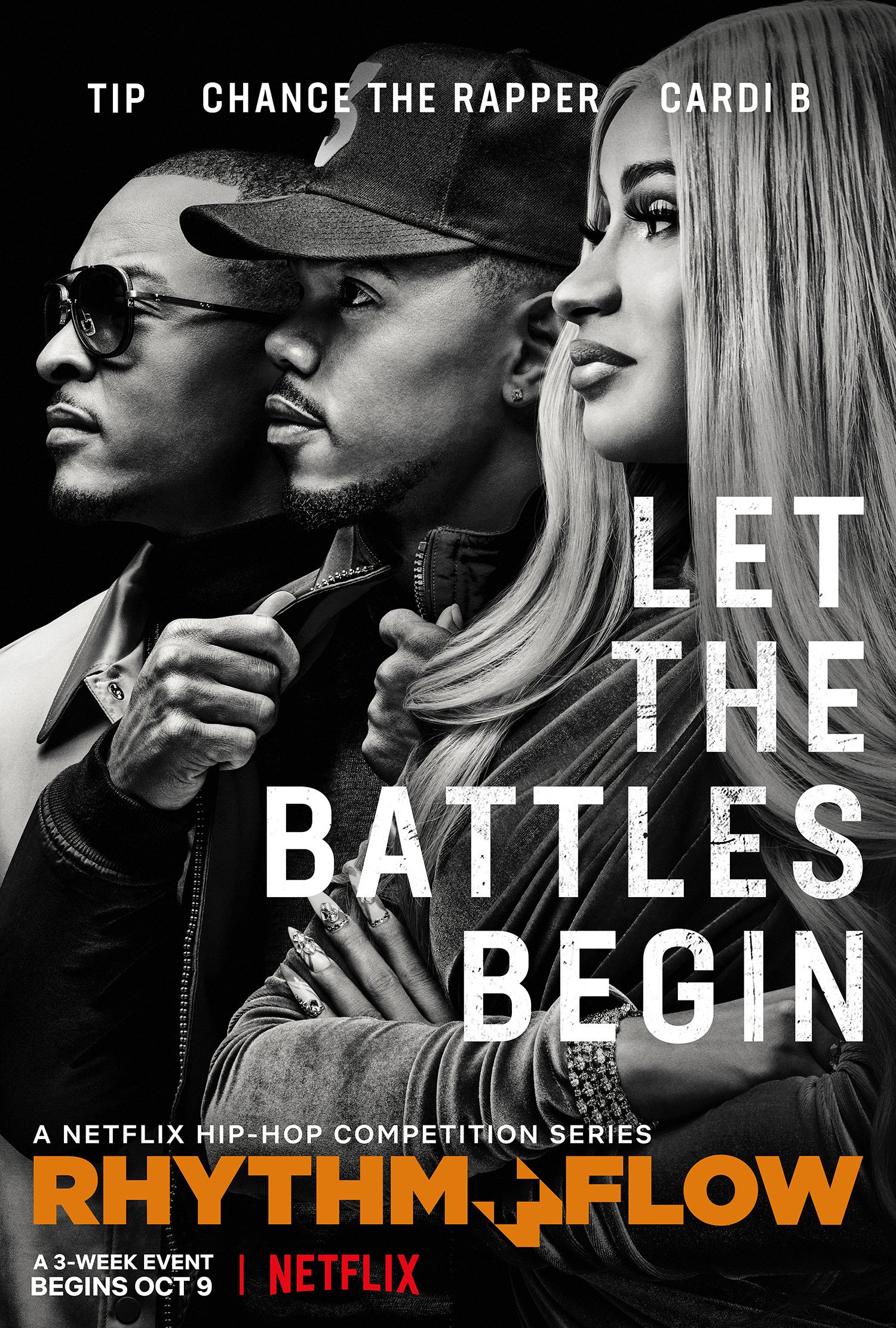 Without a doubt the show Rhythm And Flow, is sure to be a blast. As Cardi and Chance both have a demanding social media presence doubled with their most recent project and tours to deliver on Netflix Hip-Hop Competition Rhythm And Flow.