Apple reveals 100 new emojis that include a pride flag, a coin, and bubble tea as well as new features in its latest update.

Apple officially released iOS 14.2 and iPadOS 14.2 today. The update brings a variety of new features that include a ninja, a transgender pride flag, a coin, bubble tea, a dodo, a piñata, a tamale, and more. Along with the emojis release, there are eight new wallpapers and a refreshed AirPlay menu. The Shazam app finds a toggle for Control Center and updates security issues the device found following the iOS 14 release.

The update has included a list of home updates that Apple intercom, home pods, and Apple TV. Below is a list of other updates and notifications included in the iOS 14.2 update.

Unfortunately, the Instagram application found itself unable to load after the update. Thousands took to Twitter since there was nowhere else to go. No word on what made the app crash on many devices and why it took so long to fix. Fortunately, the fix is in a day later, and users are moving back to IG from the various Twitter rants. 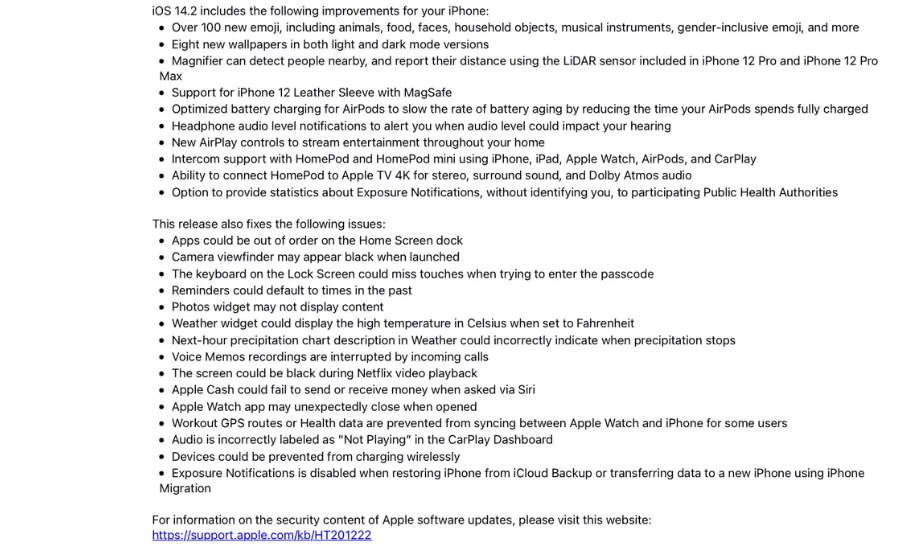 [bctt tweet=”#Apple reveals 100 new emojis that include a pride flag, a coin, and bubble tea as well as new features in its latest update. ” via=”no”]
Image courtesy of Apple
45
VIEWS
ShareShare