Sneaker fans anticipate the release as Nike moves on schedule to release the release of the 420 SB Dunk High this month.

As years go by and the popular trend of celebrating 4/20 became a brand’s fantasy.  With restrictions on 4/20 lightening up all over the country, brands are increasingly supporting the moment with their own releases.  One of the additions to the Nike SB Dunk High will be one of the brand’s most limited editions.

A new iteration using the 2010 drop of the NIKE SB Dunk high ‘Skunk‘ will move as scheduled this weekend.  At first glance, the high-top sneaker features a premium ‘fuzzy’ suede material on the upper part of its exterior body.  The sneaker replicates the ‘Purple Haze’ plant made popular by various artists and retailers.  The suede is broken up with various shades of violet and purple. Including the toe box and heel counter. The green contrast of the Swoosh branding on the sides imitates the slight detailing of the plant.

Nike will create a special delivery by limiting the release to only 420 pairs.  Each pair of sneakers are individually numbered on the heel making it increasingly desirable by many.  Expect the release on 4/20 but deliveries will be pending based on the current shipping situation.  The conflicting branding can be taken either way.  Brands have often capitalized on lifestyle events while others have genuine support for their consumers.  Nike has been one brand that has often thrown its name in the ring when they can gain massive amounts of attention, but does the effort and awareness count? 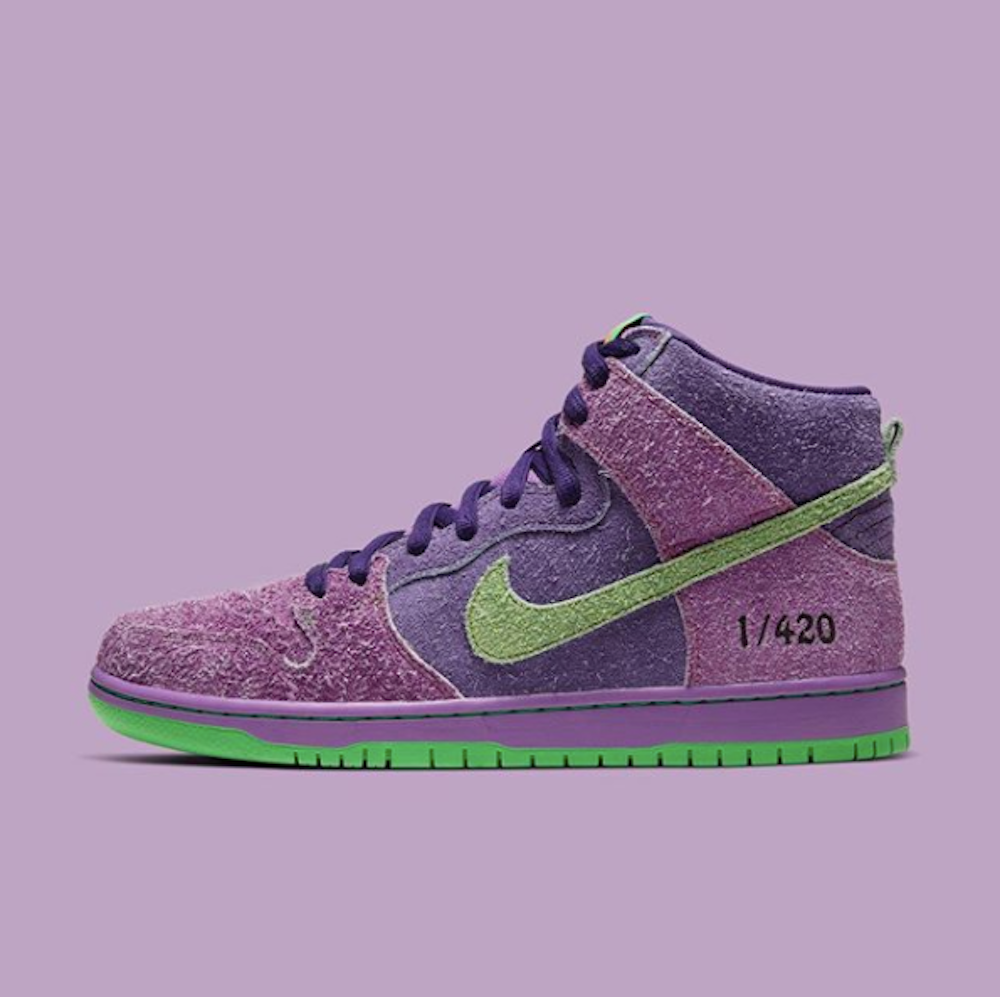 [bctt tweet=”Sneaker fans anticipate the release as Nike moves on schedule to release the release of the #420SBDunk High this month.” via=”no”]