The RIAA is celebrating Cardi B’s debut project following its 2-year anniversary with a multi-platinum award certification this week.

The initial album released by Cardi B receives a multi-platinum award.  The RIAA released a statement congratulating the rapper for the accomplishment. ‘Invasion Of Privacy’ paved the path for Cardi B’s legacy with the 9X Platinum song ‘Bodak Yellow.’  Followed by the 8x platinum “I Like It” featuring Bad Bunny and J Balvin.  The album which is still charting on Billboard currently sits at No. 86.  Cardi B and her team celebrated with a post on Instagram with the recorded hits.

“Happy Birthday Miss INVASION OF PRIVACY,” the rapper captioned a graphic of the LP’s certifications on Instagram. “My first baby. I’m workin on her sister so I can birth her this year. Thank you everybody who supports and still supports my album. Till this day is charting on Billboards 200.”

In the meantime, Cardi maintains a social media hype with her various buzz words that have turned her into a sort after personality.  Despite her accomplishments, her sophomore project is still in works.  Some say the project is about a year late but no valid reasons behind the possible setback.  Despite the lack of information surrounding the release project, we are still looking forward to what Cardi will be releasing in the future.  Hopefully, it is near. 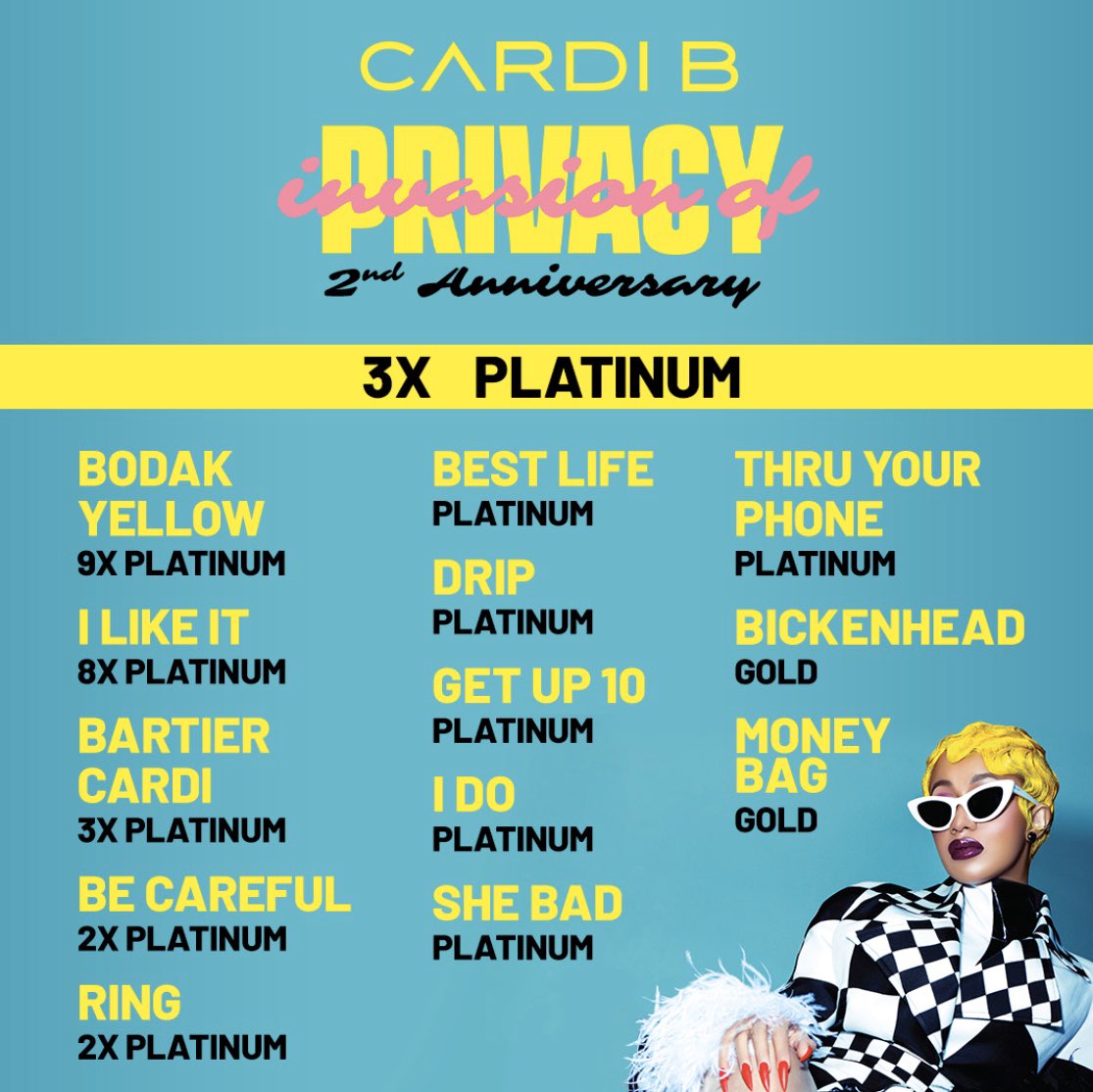 #CardiB Will Be Celebrating Her Birthday With An Entire #Reebok Collection