‘Summertime Fine’ is Cardi B’s introduction to the apparel industry in collaboration with Reebok featuring bodysuits, joggers, and leggings.

Titled “Summertime Fine,” the collection will be Cardi B’s first apparel release of her career. In collaboration with Reebok, her debut will include cropped hoodies, bodysuits, joggers, and leggings, all of which are themed on a black and lilac color scheme.

The line seems to have been influenced by the recent influx of workout videos on social media.

The collection will also include a round of new Reebok sneaker silhouettes. While Cardi originally signed up as a brand ambassador, her position quickly moved into a collaboration effort. She will introduce the ‘Cardi Club C’ and the ‘Cardi Coated Club C Double’ sneaker releases. Given the fact that Reebok is a big fan of Kulture, Reebok has also decided to release both models in kid’s sizing.

Previously On:   @IamCardiB Drops ’90s Knowledge In Her #ReebokClassics

Cardi praised the team and everyone who was involved in the making of the release in a statement, “I’m so proud to announce my first apparel line with Reebok. This collection gives every woman the product they need to feel sexy and confident; the waist-snatching tights and curve-hugging silhouettes make everybody look amazing.” 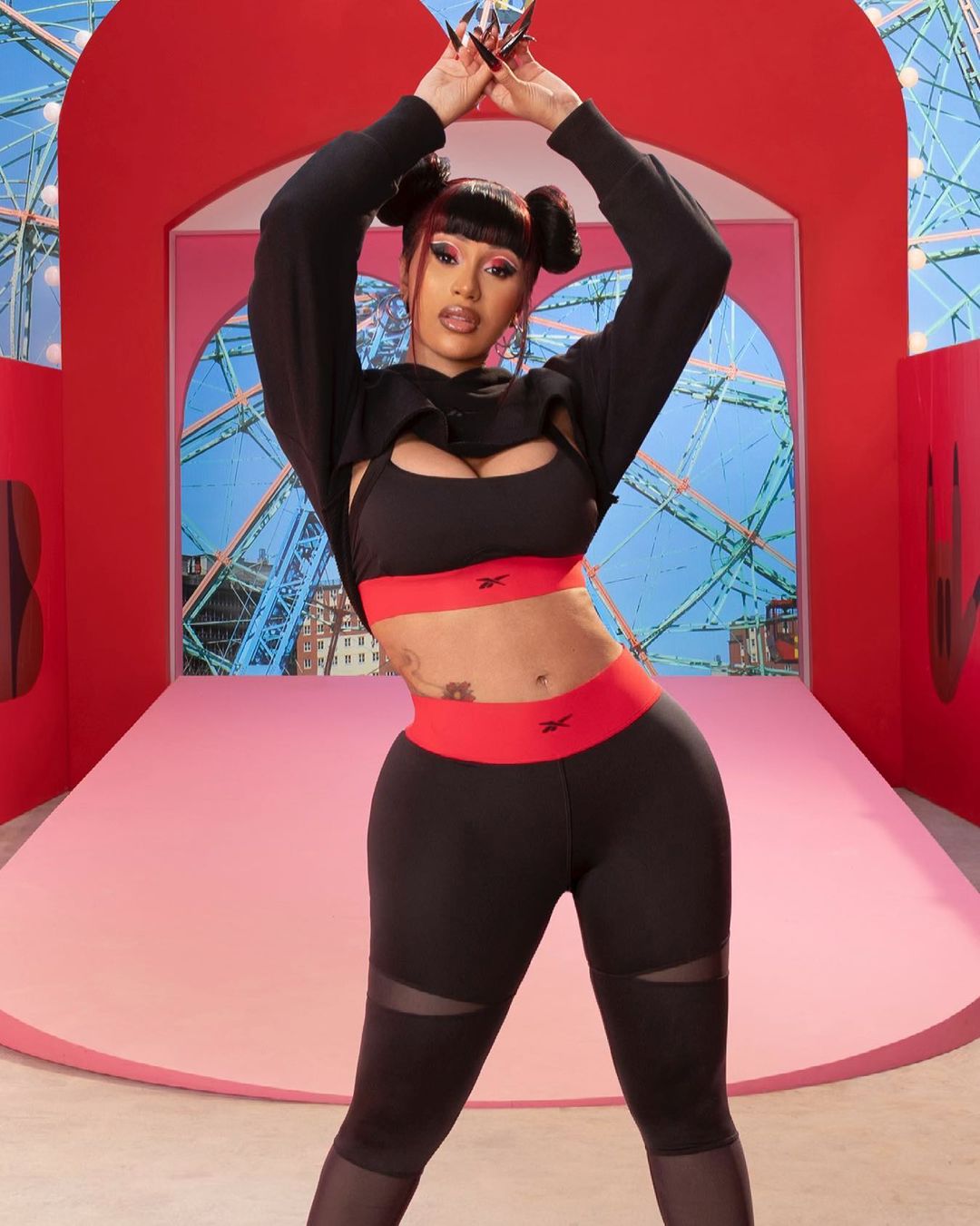 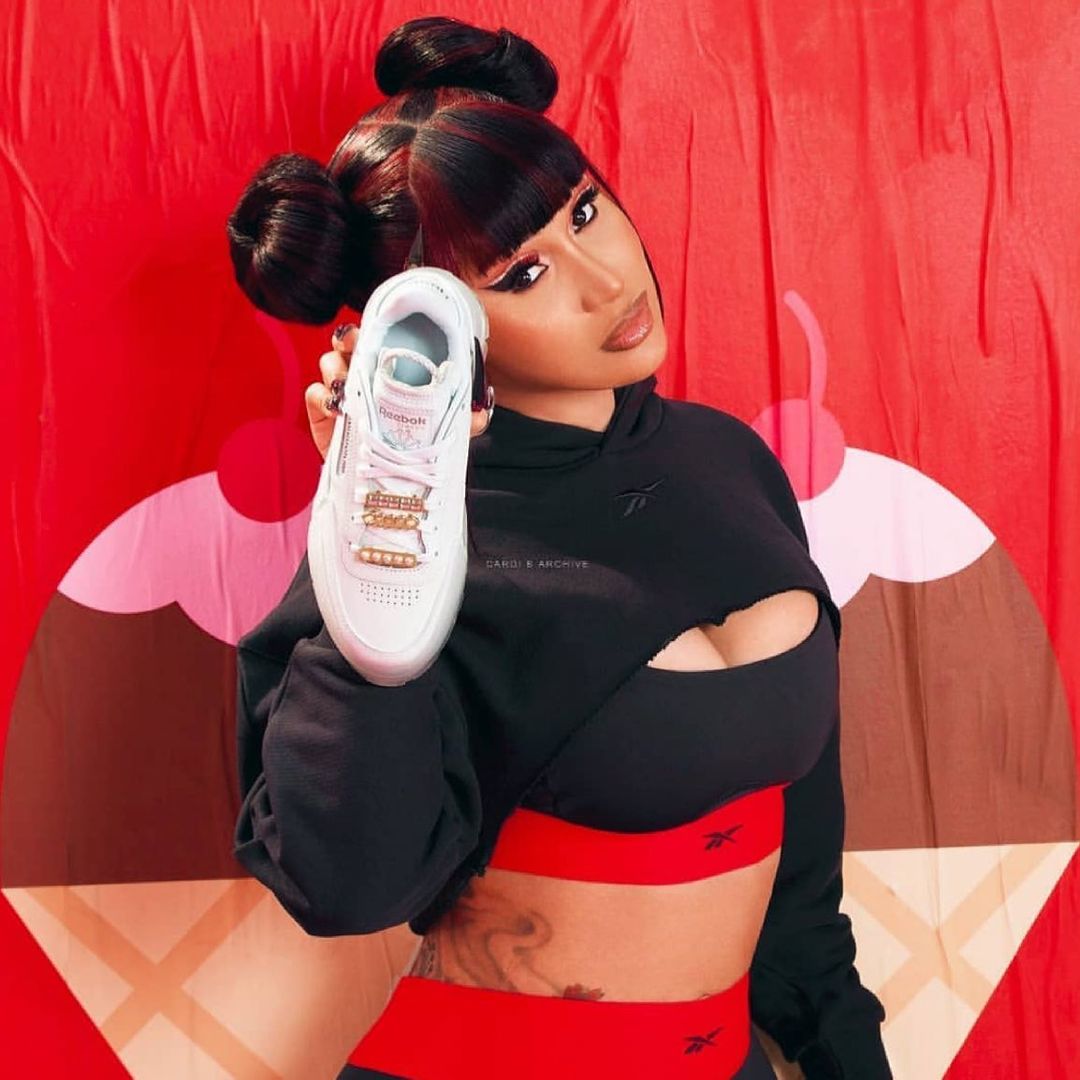 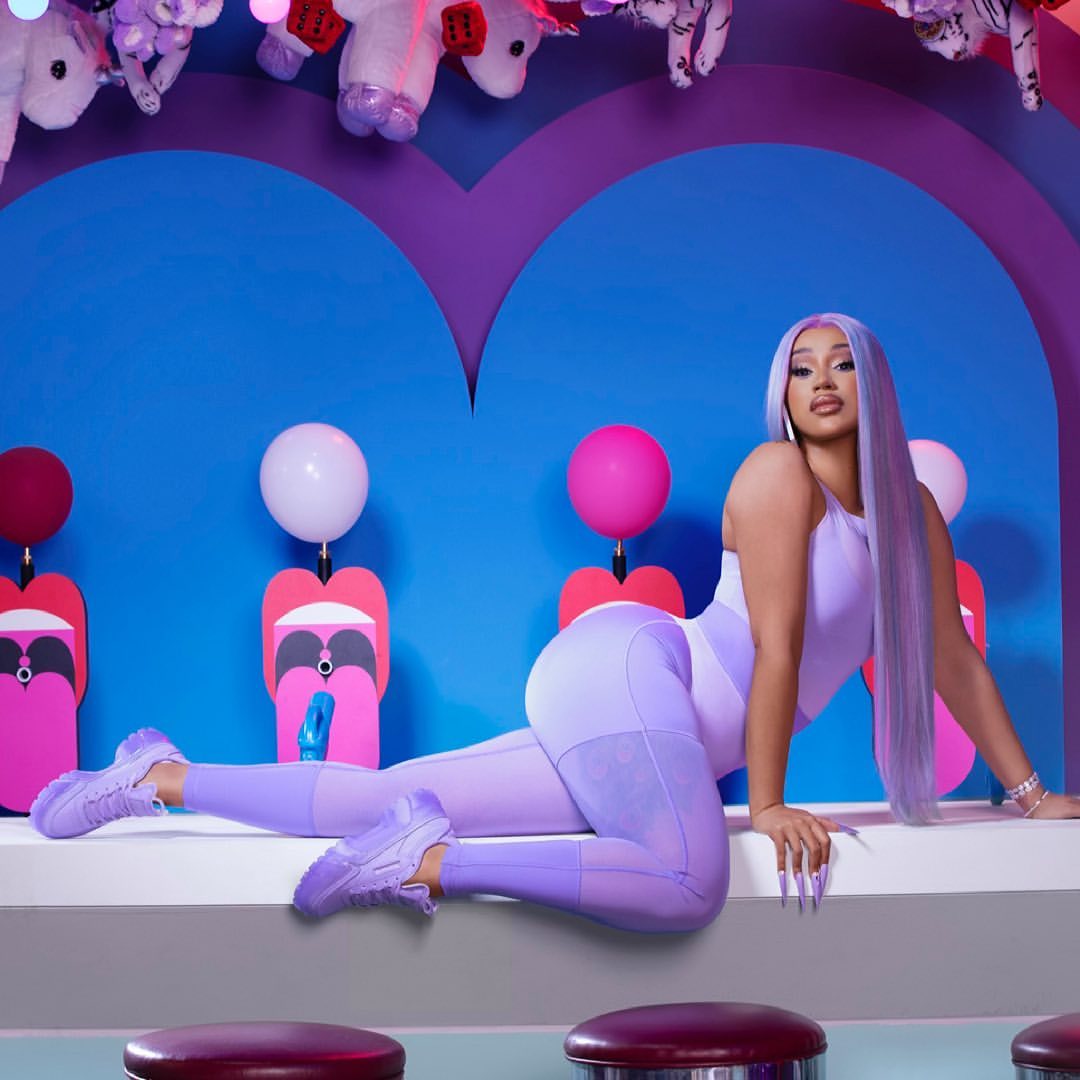 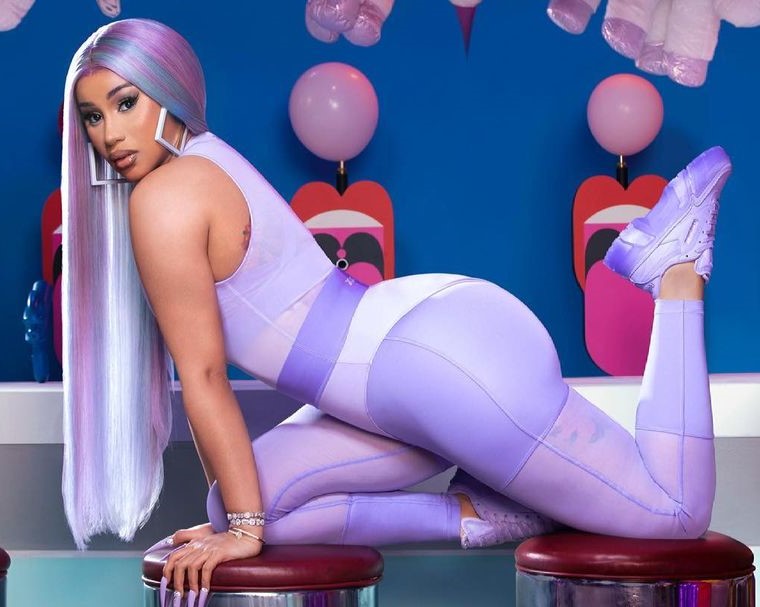