Originally held by the Nike Waffle Racing Flat “Moon Shoe” from 1972.  The sneaker was auctioned for $437,500 in July 2019.  That is before the original game-worn Nike Air Jordan 1s from 1985 was placed up for auction by Sotheby’s.  The game-worn sneaker ultimately sold for $560,000.  The big make’s it the highest amount ever fetched for a pair of sneakers — in an online auction.

Sotheby’s had estimated to fetch between $100,000 and $150,000.  Coupled with the recent weeks of ‘The Last Dance‘ series on Netflix and ESPN the hype behind the NBA pro rose to 3.5x it’s worth during the bidding war in the final minutes of auction drove the price up by $300,000, according to the auction house.

In a quote used by FN

“We are extremely excited about today’s record-breaking result!”  Brahm Wachter, Sotheby’s director of e-commerce development, said in a release.  “We saw tremendous bidding up until the moment the sale closed, with the value more than doubling in the final hour alone.  That coupled with strong international bidding from six countries on four continents shows not only the incredible appeal of Michael Jordan as one of the most recognizable and legendary athletes of all time but also that sneaker collecting is truly a global and growing market.” 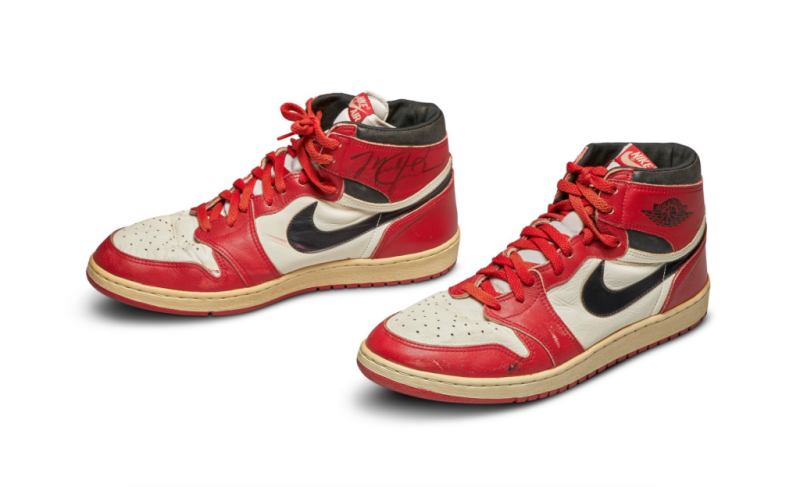