Nike and Concepts put a twist to thanksgiving with their TurDUNKen dunks sneaker release.

The TurDUNKen sneaker collaboration is a twisted thanksgiving joke by Nike and Concepts. Their latest collaboration represents a niche dish featuring a duck inside a chicken, stuffed in a turkey. The Concepts x Nike relationship began some 12-years ago as a collaborator. Nike x Concepts have undoubtedly made their cultural stamp with the release of the 2008 Lobster dunks release. Known for going over the top the brands are collaborating for an announced November 14th release.

I’d give them an extra nod on taking the concept a step further. Concepts include designs on the side panels that are laser cut to resemble feathers. There are also various tans to pay homage to the birds. The packaging is also next to none. It will include Nike Dri-FIT socks with chicken feet drawn on them, turkey wrapping paper, a Nerf vortex football that resembles a turkey leg, and a box that looks like an oven.

Nike Dunks were recently announced as Footwear News 2020 ‘Shoe of the year.’ Check your SNKRS app for more details on the release. 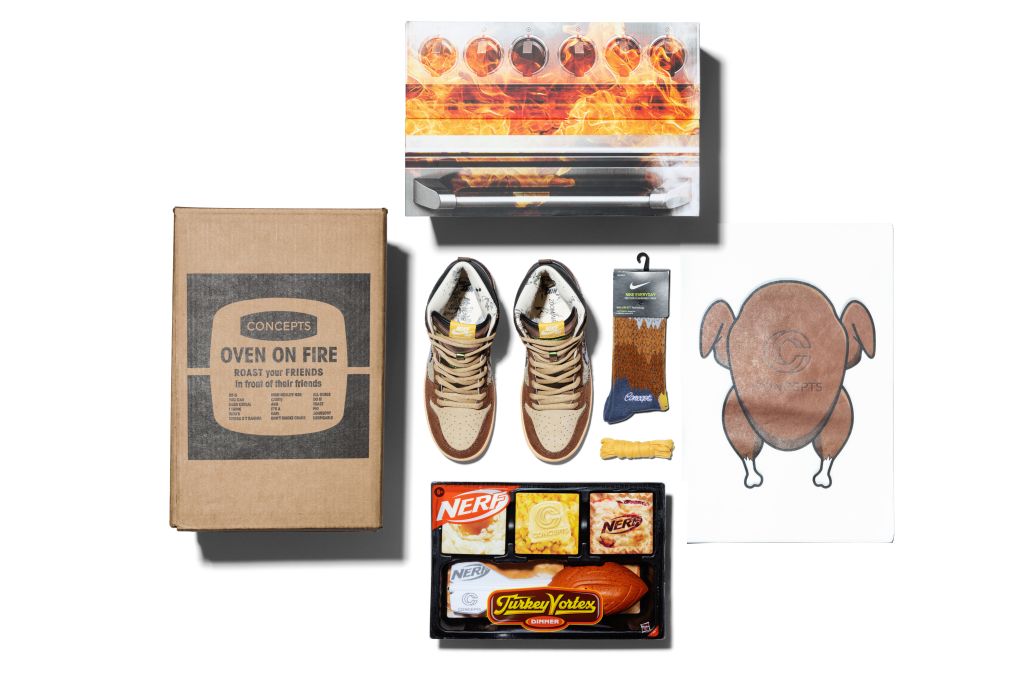 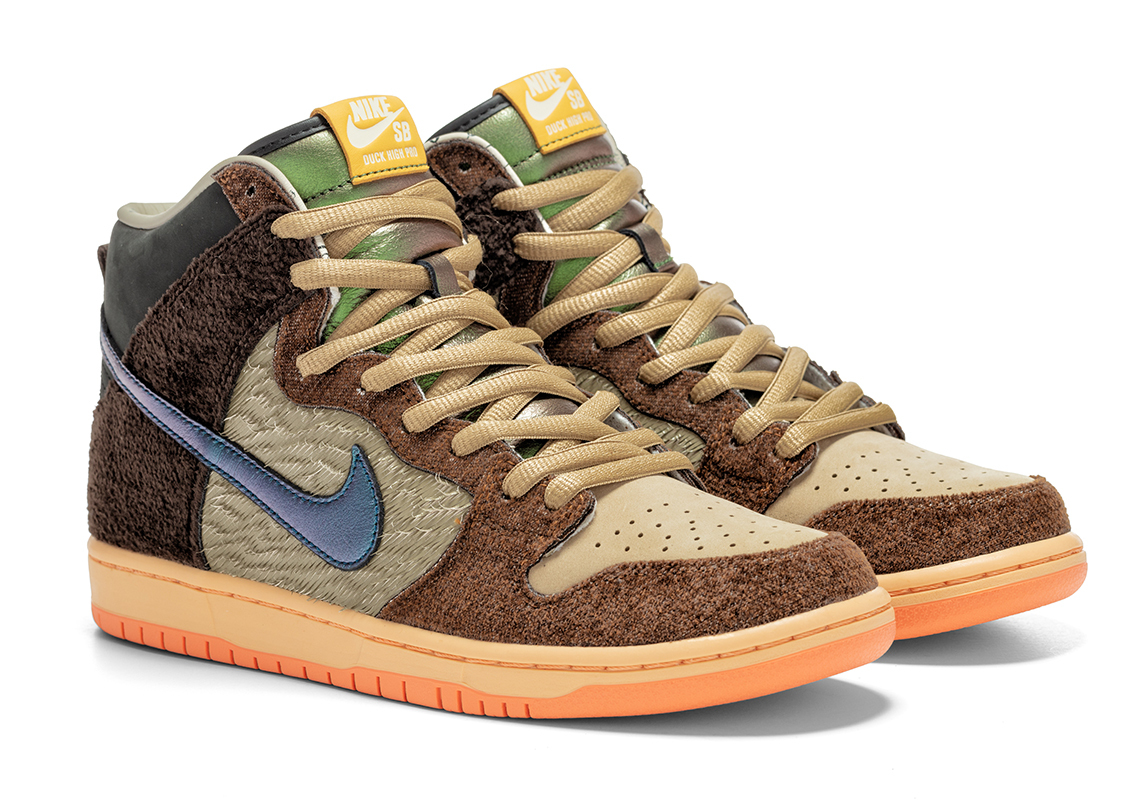 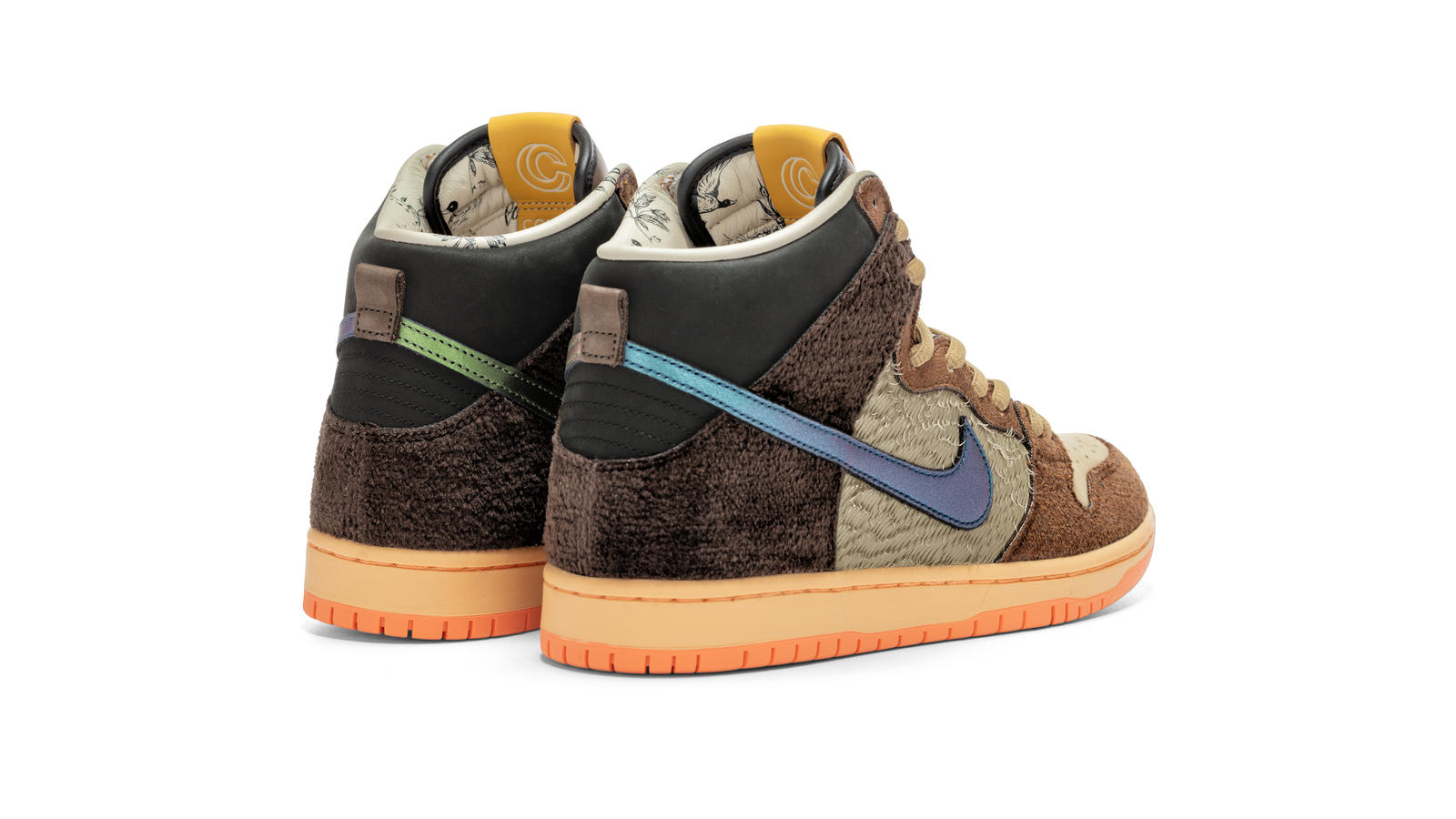