The Lego replica was built, equipped with 477,303 pieces to celebrate the 35th anniversary of the Toyota Supra sports car.

According to Next Web, Toyota struck a partnership with Lego Japan, Legoland Japan, and the Toyota Gazoo Racing team to celebrate the anniversary release of the Supra classic car. The model is made almost entirely of Lego bricks. During the build, the team at Lego decided to include an electric drivetrain for a model design that drives. Except for the exterior and visual aesthetics, the wheels, driver’s seat, steering wheel, and gauge cluster are authentic as they come.

That’s not going to win any races, as it typically maxes out at speeds around 15mph.

According to auto evolution, Lego took 3,000 hours to develop the model, add another 2,400 hours to build to specs. The Lego Toyota Supra weighs 4,000 pounds and will be on display at LEGOLAND Japan until October 11. 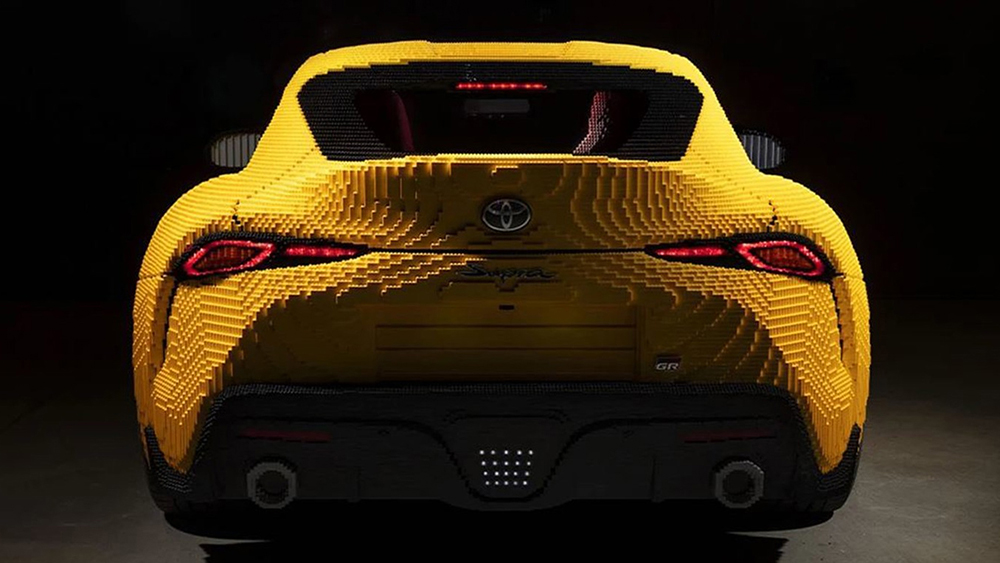 #BMW Debuts Its Blackest Of Blacks On The X6