With a notable $240 price tag to the Fenty released tees’ in the shop, the selection of two new over-sized t-shirts sporting various phrases sees to be more than a hit with many. Caught on July 4th stepping out of her Jet wearing the now available ‘Immigrant’ tee there’s maybe more to the phrase as Rihanna has always been one to make bold statement, including another ‘Barbados’ themed tee also in support of her being an official ambassador of the island.

Available in both black and white the ‘Immigrant’ t-shirt defines the word “origin” and reads: “late 18th century; from Latin ‘immigrating’, from the verb immigrare, on the pattern of emigrant.” while presenting the island’s coast on the front.

The second new t-shirt features an ornate, Asian-influenced dragon graphic on the front of the shirt while the back includes the Rih Navy trolling phrase “no more music’ (while still owing her fans an album)  and the slogan ‘simply stunning’. 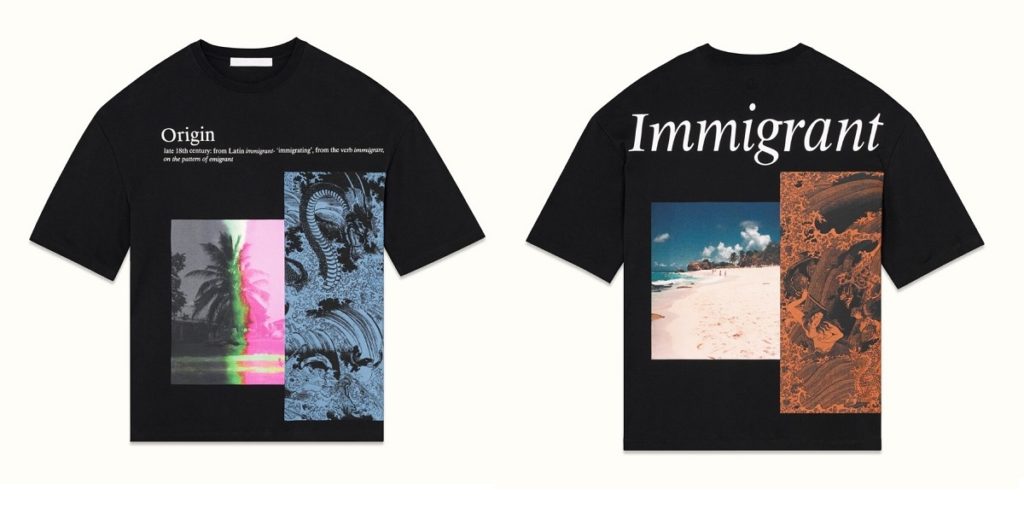 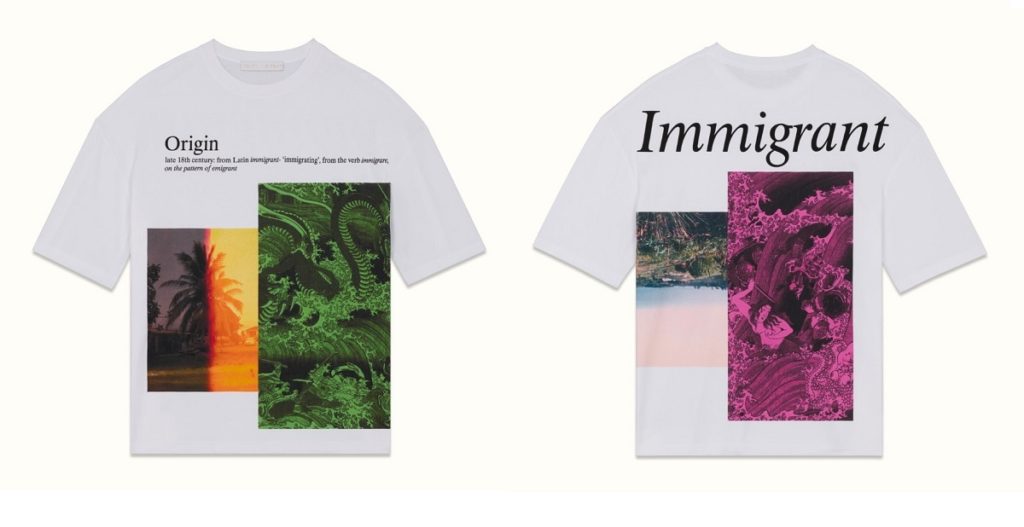