Sean Paul hits another career-high after his music topped a billion streams on the Pandora music streaming service.

Pandora secretly posed the celebratory event under the guise of a streaming interview. Unknown to Sean Paul, the event turned into a celebration. Diego Herrera, the Senior Curator for Pandora, released a press statement congratulating the Jamaican artist for topping the streaming charts.

“We are thrilled to formally welcome Sean Paul into the elite group of billion spinning artists on Pandora,” Diego Herrera, Senior Curator for Pandora, said in a release.

The Dancehall artist will join John Legend, Fleetwood Mac, Johnny Cash, Kirk Franklin, Keith Urban, and more under the Billionaire status by Pandora. With 1.9 million monthly listeners to his Pandora channel, his single ‘I’m Still In Love With You’ reportedly outranks all his singles to date. Furthermore, his 2003 chart-topping project titled Dutty Rock ranks as his top album released by the streaming service under the Atlantic Records imprint.

Scorcher, his to-be album, is now expected to be released around mid-August 2021. The project is currently behind schedule because of some red tape surrounded a high-profile collaboration on the project. 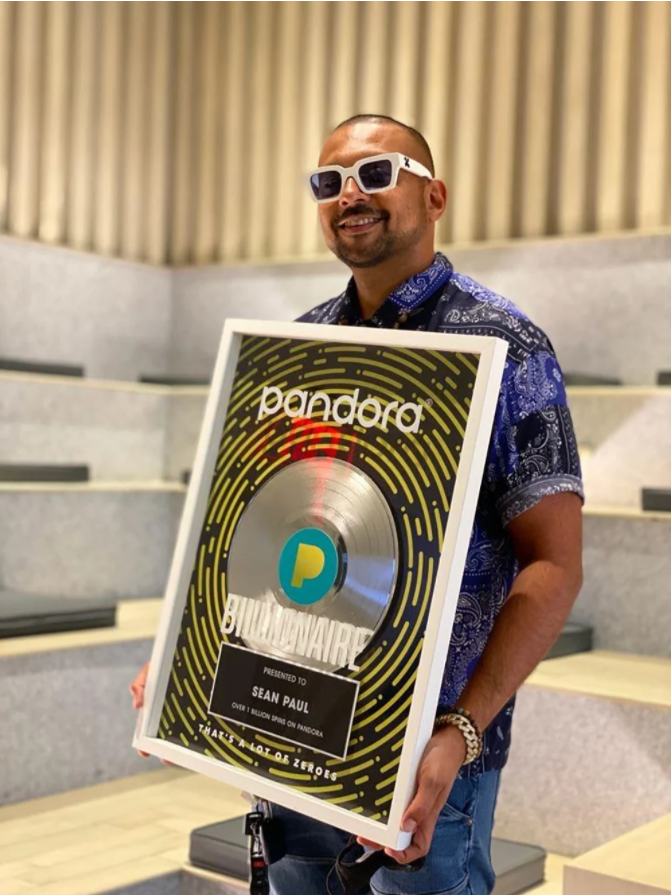