What else would a designer do during a global quarantine effort?  The former Adidas sneaker designer turned to canvas for ‘Air Jordan 1‘ tribute painting.  Just one of the ways many creatives are utilizing their time during a pandemic.  Ward is an overall creative starting with his early days as a painter.  To make the most of his time, Ward started painting again.  One of the two said images is the Jordan tribute.  The image of the classic sneaker is made up of the use of organizing cherry blossoms.  Which ultimately makes up the entire silhouette of the sneaker taken by the wind.

The image has been titled AJ1-Blossomed its painter Shane Ward.  The image has been said to have been done on a 40” x 60” repurposed canvas.  The same canvas he painted on over some 20 years ago.  The image shares Ward’s admiration for the ultimate sneaker design.  As he describes the sneaker as one of perfection, and with any attempt to redesign or alter the sneaker will prove wrong.

Like many of us who admire the simplicity of the high top sneaker, we can appreciate his word of affection.  There has also been a lot of hype about Michael Jordan and his Air Jordan in recent documentaries.  S/O to Shane Ward for proving us with more efforts as we currently celebrate ‘One Man and His Shoes.’ 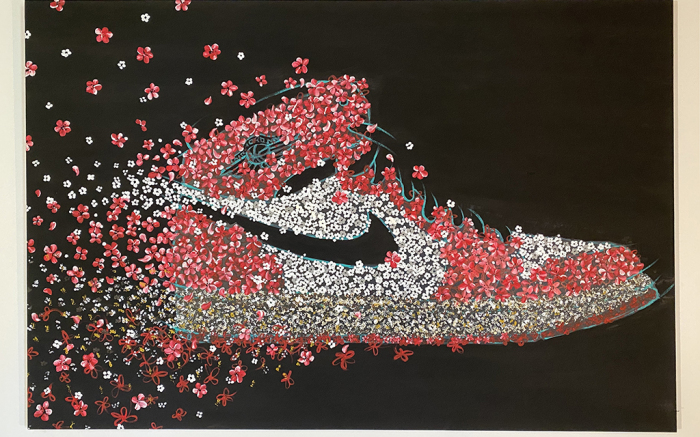 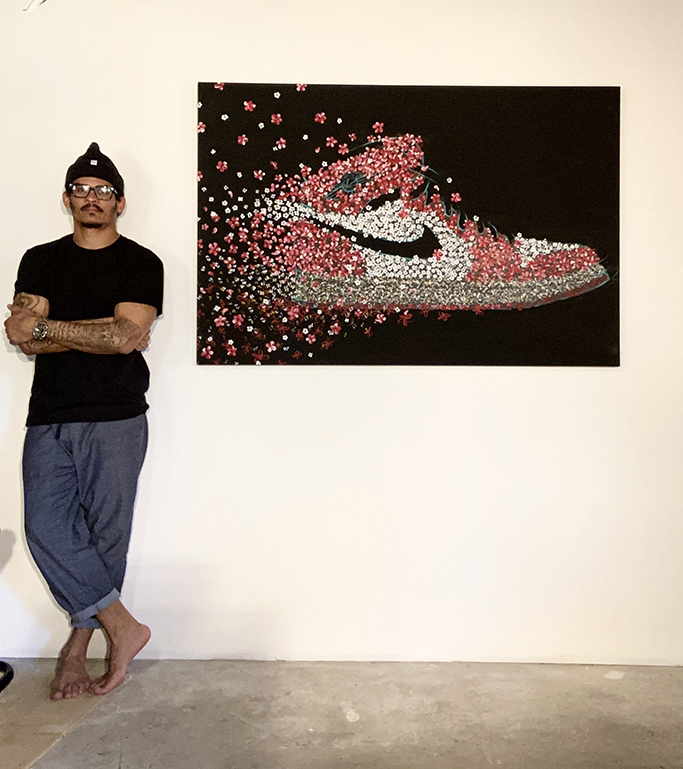