[mks_dropcap style=”rounded” size=”52″ bg_color=”#cfc4a8″ txt_color=”#fcfcfc”]T[/mks_dropcap] he bronze statues will commemorate the four Hip-Hop artist who have also dominated streaming services globally, and the induction into the streaming service’s “Rap Caviar Pantheon,” a reference to the wildly popular “Rap Caviar” playlist only adds to the popularity of the event. Held at Brooklyn Museum. Spotify is highlighting artists based on their impact on the rap genre. Started in 2017, the Rap Caviar playlist has been extremely influential on Spotify’s streaming platform.

In a press release, Carl Chery, Spotify’s hip-hop curator and head of RapCaviar explained, “Spotify is committed to supporting young, innovative artists who also have a positive impact on the music industry, culture, and society. These four bold and fearless artists are striving to make changes with their music, and we’re thrilled to induct them into the program.”

Bronx-rapper Cardi B, alongside Gunna, Jaden Smith and Juice WRLD, have all been honored by Spotify with statues that will be displayed at the Brooklyn Museum. 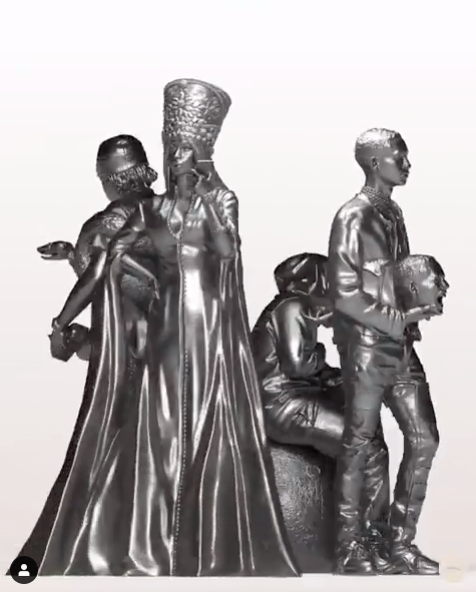