Co-directed by Cole ‘The Dreamer’ will air during the 2020 NBA All-Star game, announcing the official a multi-year partnership with J Cole.

Cole made a huge announcement this tweet. Back for his second chance, Cole co-directed the slam dunk titled ‘The Dreamer’ commercial to celebrate the partnership between himself and the Puma brand.  This week Cole and Puma will be celebrating at the 2020 All-Star games as the athletic brand moves into the basketball retail space.  Puma will take the opportunity to debut their newest Hoops sneaker, the Sky Dreamer.

The sneaker is a bit of a re-imagined version of the Sky LX used in basketball in the 1980s, with Cole’s Dreamville logo featured on them. According to reports Puma will be utilizing the likes of Cole at the Dreamville agency and Team to promote footwear and apparel coming later this year with PUMA as the enter the basketball area with professional sneaker releases. 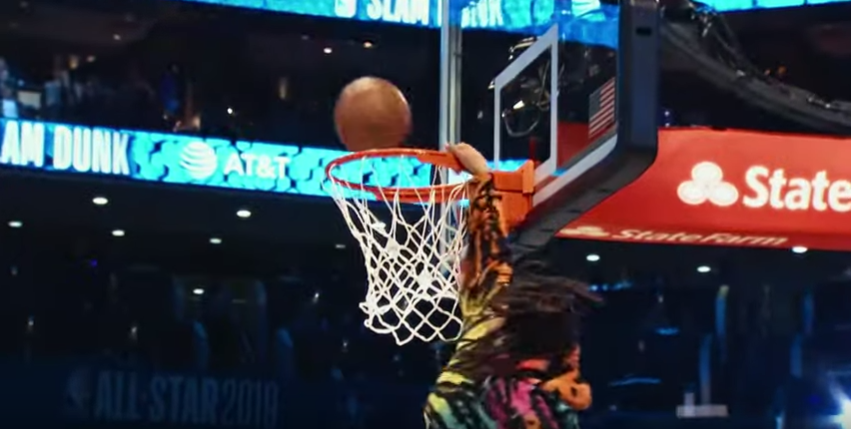 In the 2019 Slam Dunk Contest, Dennis Smith Jr. flew over J. Cole for a slam dunk. To celebrate the dunk, J. Cole tried to dunk and but misses. While last year he gave a performance during the half-time show.