Puma and The Marathon Clothing celebrates the 10th anniversary of ‘The Marathon’ mixtape by Nipsey Hussle.

‘The Marathon’ mixtape was originally released on December 21st, 2010, for free. In addition to the release, Nipsey Hussle ultimately changed the music industry as an independent artist. Despite his passing, past collaborators have all come together to celebrate ‘The Marathon’ mixtape during the second week of February.

Puma showcased three new iterations of the RS-X3 lifestyle sneaker. The black, white, and mixed colorway sneakers will feature ‘Hussle’ tags, a TMC logo, The Marathon ’10’ mixtape imprint. As well as Nipsey’s famed quote ‘God Got Us’ embroidered on the heel. Prints of handwritten lyrics will be included in the release over the weekend. Nipsey was signed to the sports brand in 2018, where he dominated the tracksuit releases with his TMC brand.

Previously On:   'The Marathon Don’t Stop' A Nipsey Hussle Biography In The Works

Furthermore, an upcoming Youtube live album experience will celebrate his philanthropic efforts. Black History Month, the masterpiece, and The Marathon mixtape will also be apart of the 10th Anniversary celebrations. In the meantime, fans are waiting on the previously announced ‘The Marathon Don’t Stop‘ documentary announced in 2019.

Jay Z also contributed to the celebrations with a pending feature on the movie soundtrack of Judas and the Black Messiah release on February 12th. 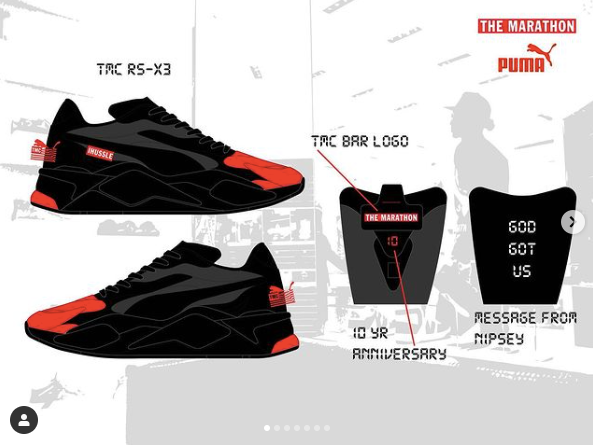 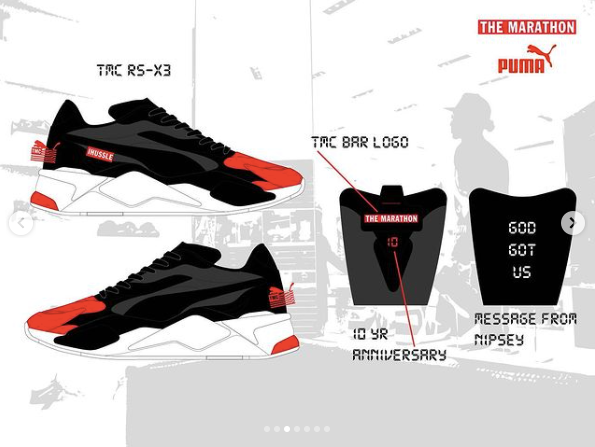 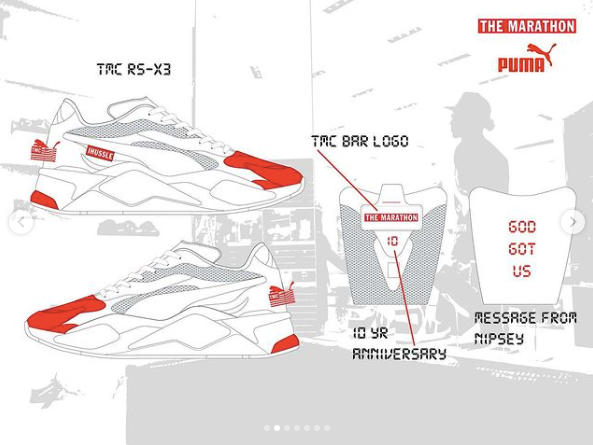 .@AmNija Steps Out On Her Own With ‘Ease My Mind’ Music Video Release