Tiffany & Co debut the About Love campaign with Beyonce, Jay Z, and a never-seen painting by Jean-Michel Basquiat plus a $2-Million Pledge.

The Carters’ love story is highlighted by the iconic 1877, 128.54 carat Tiffany Diamond and the 1982 Jean-Michel Basquiat Equals Pi painting. Set against the backdrop of the teal branded Tiffany & Co color known for its perfection and keenness to the diamond industry.

While the ad set social media followers ablaze with ideas, the overall consensus seems to be leaning behind the sudden appearance of the Jean-Michel Basquiat Equals Pi painting. With disregard for so much more that was happening behind the scenes. Although Beyonce and Jay Z were the chosen celebrities for the campaign, many overlooked the highlight of the $2-Million scholarship, partnership announcement with the couple, and the diamond co.

According to the press release, “the “ABOUT LOVE” reflects Tiffany’s continued support towards underrepresented communities.” An effort that the Carters have backed since 2018 bringing attention to underrepresented communities. It goes on to state that “As a part of the house’s partnership with the Carters, Tiffany & Co. is proud to pledge USD $2 million commitment towards scholarship and internship programs for Historically Black Colleges and Universities (HBCUs).” Additional details were given to the campaign and the scholarship requirements at the press release over the week.

Tiffany & Co. is proud to pledge a USD $2 million commitment towards scholarship and internship programs 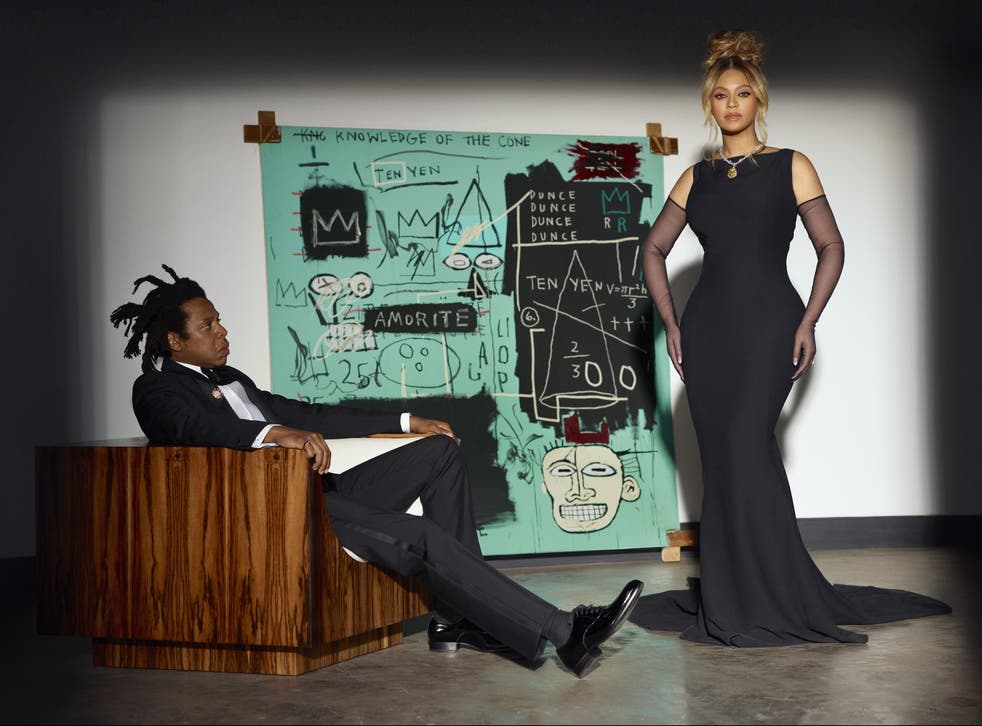 Furthermore, the ABOUT LOVE campaign will launch globally in print on September 2nd, accompanying a film that is designed to amplify the message through global media activations.