Here are a few tricks of the trade when you’ve been using the ‘I work from home’ as your excuse for a couple of years.

Work from home seems to be the most common theme we’re currently struggling with.  Like many other people, we’re all stuck at home.  So how did so many do it without it driving them insane?  Well, one of our main issues is getting organized.  This begins with how we prioritize tasks mainly around us.  Whether it’s working via Zoom video calls or customer service from home we’re all attempting to figure it out as we go along.

Hence the re-introduction of the book ‘The 4-Hour Work Week’ written by Tim Ferriss.  Originally released in 2009 the book has found several updates throughout the years.  Utilizing tips and tricks from emails to mobile apps in an effort to create for you and doing the things you love to do.

A few points from the book:

The book ‘The 4-Hour Work Week‘ is a New York Times Best Seller along with another 100 expanded and updated edition.  Along with being one of the best books to read during your work from home responsibility.

Previously On:   'The Rihanna Book' Is A 1,050 Image Autobiography by @Rihanna

Tim Ferriss has been called “a cross between Jack Welch and a Buddhist monk” by The New York Times. He is one of Fast Company’s “Most Innovative Business People” and an early-stage tech investor/advisor in Uber, Facebook, Twitter, Shopify, Duolingo, Alibaba, and more via Penguin Random House. 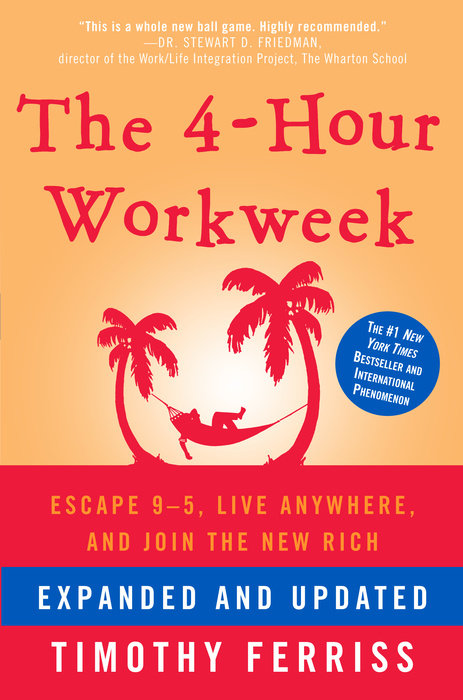 [bctt tweet=”Here are a few tricks of the trade when you’ve been using the ‘I work from home’ as your excuse for a couple of years.” via=”no”]
Image courtesy of TNF
45
VIEWS
ShareShare