Air Jordan 5 is back 2-years later to paying homage to one of their biggest fans and influencer the Fresh Prince of Bel-Air.

Jordan Brand celebrated Will Smith’s 50th birthday in 2018 with a special edition they released as Air Jordan 5 NRG ‘Fresh Prince.’  The model is back with colorful detail work to celebrate the rise of the Fresh Prince in the midst of Bel-Air.  Similar to the Air Jordan 5 Retro ‘Grape’ the August release features a mixture of bright colors in white, purple, black, neon yellow, and neon pink.

Inspired by the 90’s comedy TV Show starring The Fresh Prince of Bel-Air, the sneaker is titled Air Jordan 5 Alternate Bel Air releasing on August 29th.  The sneaker is rooted in the ‘Grape’ release as it was regularly seen on the feet of Will Smith during the show.  The sneaker was originally released in 1990 and has been the only OG Air Jordan 5 colorway not to be worn by Michael Jordan in an NBA game. 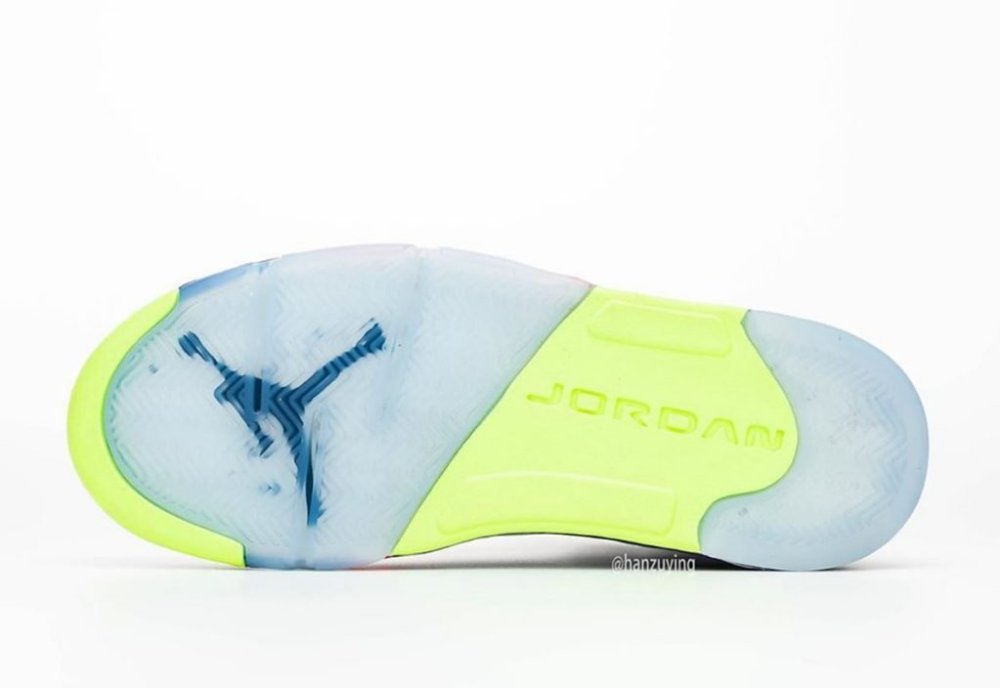 Hit the JUMP for more Images or the Air Jodan 5 ‘Bel-Air’ release.

Sneakerheads Find Justification In ‘One Man and His Shoes’ Documentary