Loaded with free beats, the Facebook BARS app promises built-in AutoTune and another shot at creating a viral video.

Facebook gives us another reason why we just can’t seem to get rid of them. The app is called Bars, and its main selling point provides beats for users to create 60-second rap videos. I’m not sure if this is going to be a good thing for social media but hold on to your devices for America’s Got Talent via social media. Bars also promises “studio-quality vocal effects,” including actual, honest-to-goodness that T-Pain AutoTune. You can sign up based on experience as a beginner, intermediate, or do like me and hop right over to advance features. There is a 16-bar freestyle feature, that allows the more expert to shine above all.

While the 60-second feature makes borrowing from TikTok obvious, the app is anticipated as social media’s next big thing. Luckily for us, the app is still in closed Beta but, eager fans can sign up and reserve their tag name. You can thank TechCrunch for the heads up and start putting that pen to pad in the meantime.

The announcement of the mobile rap app does not go without appropriation concerns. Facebook is tapping into a culture for monetary gain. I’m assuming popular rappers/artists will be used to promote the app once it rolls into release. 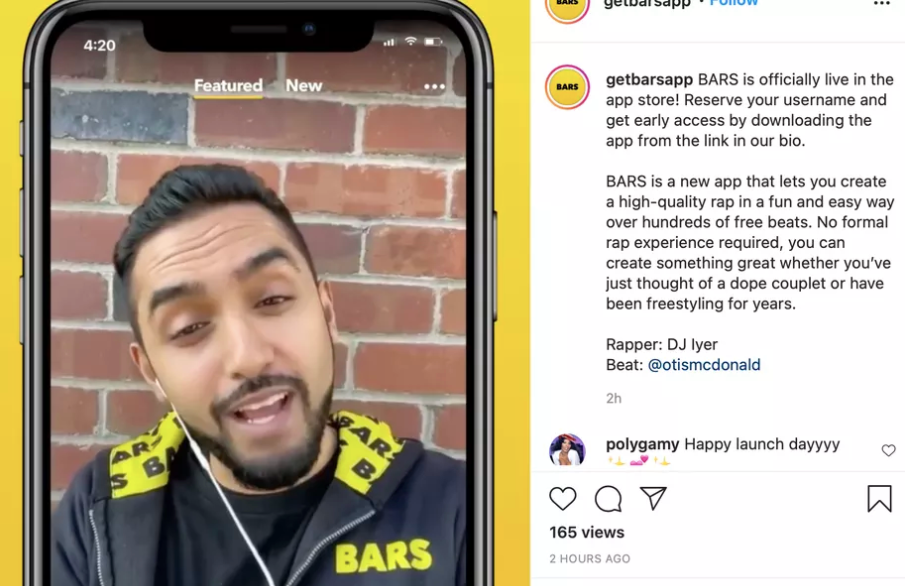 #TikTok Is Testing A Private Feature For Your Comment Section