Early this week the Adidas brand confirmed it was collaborating with the international fashion house, Prada (according to PYLeaks). While the Jordan x Dior has no confirmation yet I think it is still worth the mention as couture brands like Fendi among others have been vying for the attention streetwear is getting locally and internationally.

Previously On:   Air Jordan Choses The Fearless Ones For One Off Releases

Whether or not the partnership is based on a men’s or women’s collaboration hasn’t been made clear nor was any emphasis on what side of the design the Jordan 1 model would lean on. According to Twitter account @ovrnundr, Nike and Dior will collaborate on an Air Jordan 1 model whose production will be limited to 1,000 silhouettes. Priced at $2,000, the shoes allegedly are scheduled for a June 2020 launch. 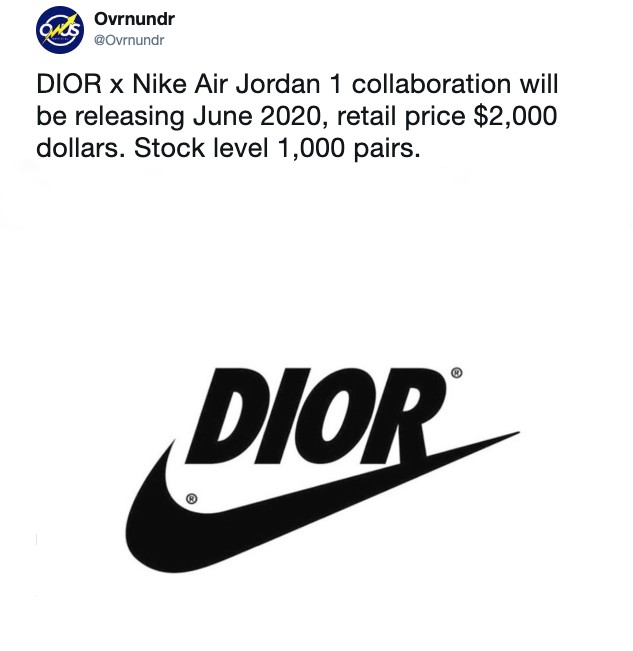 While there isn’t anything wrong with the release I for one would not like to see velvet kicks with chains on it. But rather would like a capsule to be part of the release. While Dior needs no introduction or even the partnership gives me the heebee jeebees for another unnecessary release. I think it should be a good taste and not just for a look. That would definitely be an upset.