Kawhi Leonard and the NBA Champs, Toronto Raptors are having a hell of a week, with their well earned ‘Game 6’ championship win with the ‘Fun Guy”. As New Balance promised there is going to be a number of releases during the summer to celebrate their ‘Brand Man’ as the MVP of the NBA Finals, but I’m going to take a little issue with the release of the sneaker ‘Championship Pack’ from New Balance. 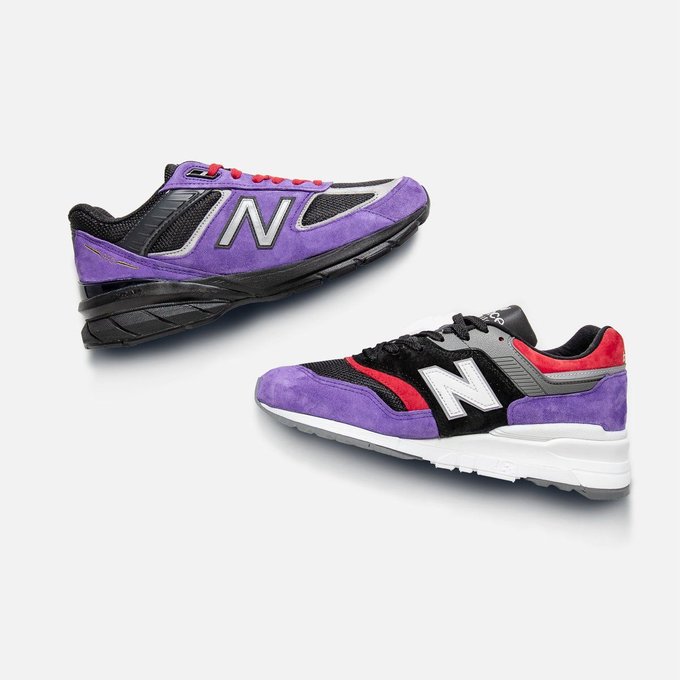 Images of the special edition release 997 & 990v5 sneakers was posted on Instagram with the caption “for the champs,” by New Balance. Both pairs borrow colorways from the Toronto Raptors purple, black, red and gray hues in their celebratory release. But, both model sneakers sport similar color ways, using the purple, black & red in an overly underwhelming similar fashion. I would off loved to see New Balance use at least an inverted feature on one of the pairs being released.

The 997 features a purple definition which I find wavy but, my choice for an inverted colorway would off been the 990v5 model. Instead of mirroring the colorway details in a copy and paste effort the 990v5 model should of an overwhelming red, purple & white colorway, as well as added details on heel stitchings featuring MVP tags on one pair as well as the NBA chip on the other pair if you want to get technical.

While Kawhi is waiting on his signature pair to be released it seems like his New Balance OMN1S basketball sneaker has doubled in price on stockX for resale since winning the chip, with the dip!

There is more to come from the pack but all we’ve seen thus far are 3 ‘signature’ quoted themed tee shirts which sold out in a matter of minutes and crashed the NB site and the new scheduled NB sneaker releases schedule for Wednesday morning.

Lets see some stitchings of that chip B!