While the NBA is on its 18th-week pause due to the pandemic Lebron James set another record.  This past Sunday, Bron’s initial rookie entry into the NBA trading card record for $1.845 Million price tag.   Hosted by Goldin Auctions, was ultimately won by the top bidder and CEO of Lob.com.  His jersey was amongst the first to set the record earlier this year.

“If we were talking about a T206 Honus Wagner, or a 1952 Mickey Mantle, it probably wouldn’t be that much news,” Ken Goldin, founder of Goldin Auctions, explained. “But when you’re talking about a card that was literally produced 17 years ago and is for a guy still playing in the NBA, it’s just shocking news to a lot of people. It’s really where my particular industry has been going for several years.”

Lebron James’s 5th game jersey as a pro-athlete set the record for the most expensive player’s jersey.  The game took place in 2003 but the jersey fetched $600K back in April.  Along with his record-setting news, Bron is working on releasing the second installment of ‘Space Jam‘ movie. 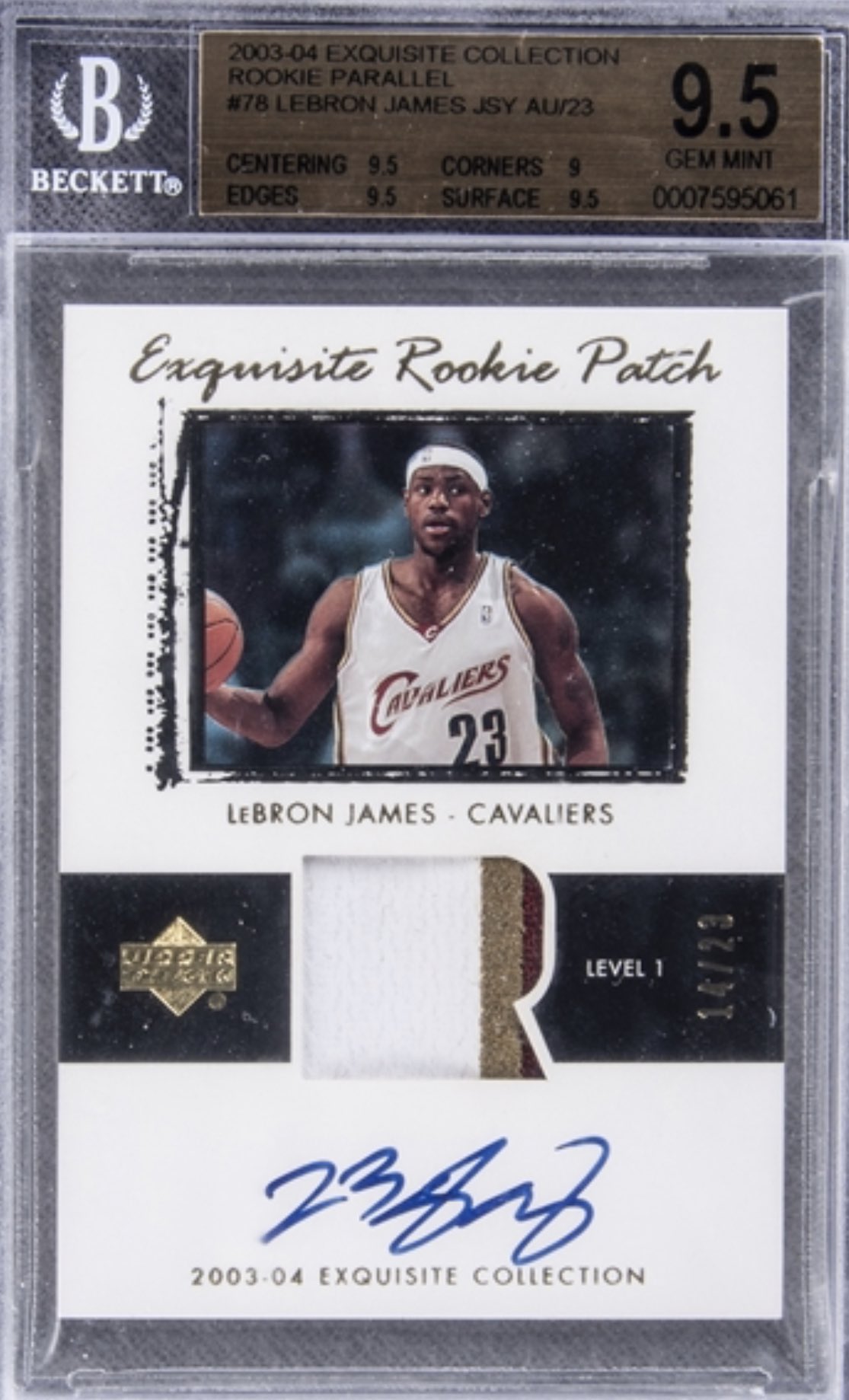