The classic Air Max 90 and the 95 silhouettes from Nike are celebrating their anniversaries with removable anklet releases.

2020 will make the 30th and the 25th-year anniversary of the Air Max models.  Since its launch, respectively Nike has delivered a few collectibles for fans have enjoyed. This year Nike releases will be adding an anklet statement to the Air Max 90 and 95 release anniversaries.

The Nike Air Max 90 & 95 will both feature premium materials.  Including mesh, leather, and suede both reimagined in earthy tones the iconic Swooshes in pink and yellow.  Including a brown Max Air-cushioned midsole.  The release will also be a first for Nike featuring a gold Swoosh bracelet that attaches on top of the sneaker.  It can also be worn as a bracelet or anklet is chosen to. 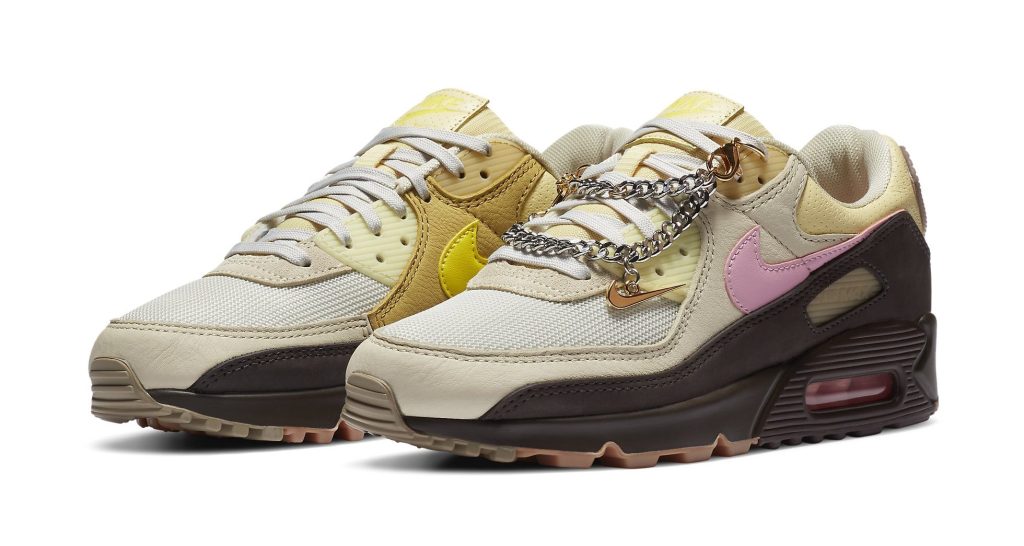 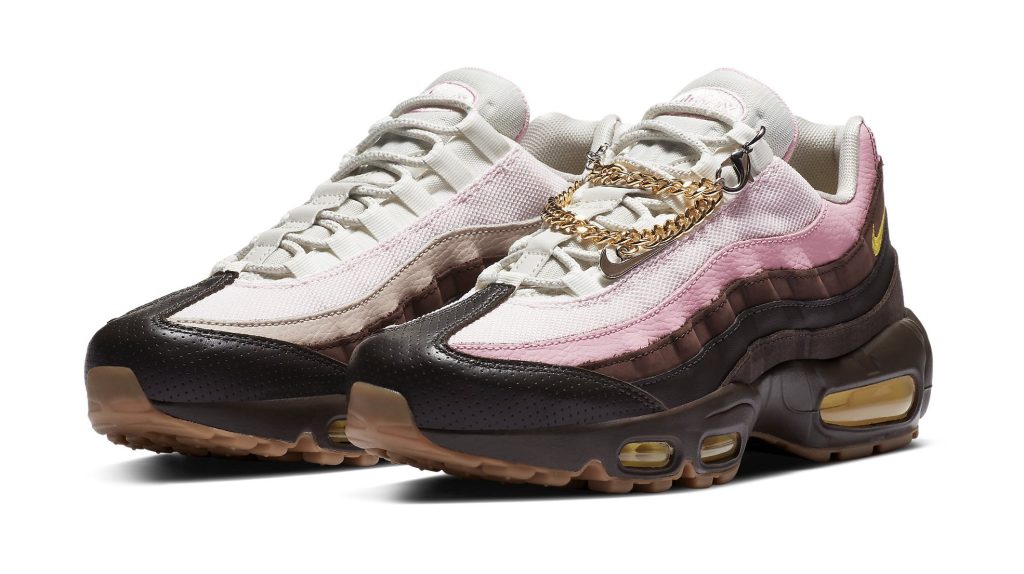