After his collaboration with NIKE, Sean Wotherspoon work has been a highly desirable designer by sneaker brands of all sorts. Sean Wotherspoon is an American sneaker designer, collector, store owner, and YouTube creator.  Beginning early with his Round Two brand, Sean has a solid curation of vintage pieces and appreciation for quality, colors, and textures.  A hobby that ultimately landed him within the circle of some of the most creative.

A first look of the release leaves us under the impression that the pink on white ‘shell-top’ sneaker has potential hit qualities.  His Instagram post didn’t reveal much but a feature of a floral print embroidery throughout the upper sneaker.  The Adidas Originals branding on the tongue is also a focal point of the post.  The Adidas Original IG tag has also hinted that Sean Wotherspoon is unwrapping his next global collaboration with the sports brand.  Unfortunately, no other announcement followed the post from either partner. 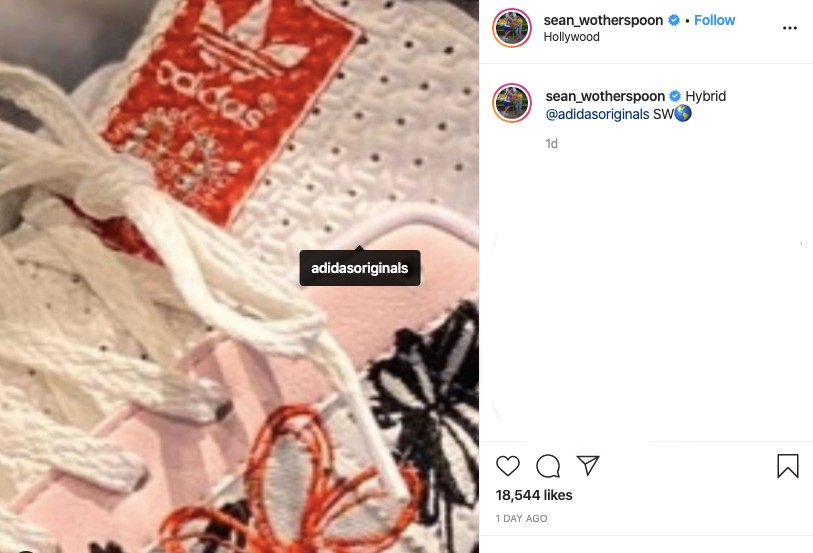