[mks_dropcap style=”rounded” size=”52″ bg_color=”#d8d8d8″ txt_color=”#f9f9f9″]A[/mks_dropcap] ir Jordan reconfigures its Jester XX shoe release. Transforming the hi-top silhouette into a low and convenient sneaker with a sizable sole. The chunky shoe trend is taking over and even Jordan has to fold to it. First debuted in the form of a zip-up boot for women, the new spring/summer release of the shoe features a dual zipper joined by a pull cord making the shoe quick and easy release.

Reflecting the shoe’s Jordan roots, the brand’s winged logo is imprinted on the shoe’s heel tab and tongue while the Nike Swoosh is accompanied alongside the sneaker on both sides with a glamorized design details which is describe as a saw-tooth sole, graphic lines and a zip-front entry.

With a new direction the Jordan brand has been taken with the targeted women’s consumer base as well as a collaboration highlight to their brand sporting Virgil, and Travis Scott to keep the brand buzzing along with a rumored release with the Supreme brand coming later this year. (Pic on second page). What ever it is Jordan is definitely looking to transform the brand but maybe being a bit of a ‘follower’ at the moment. I do think while the chunky sole is in, Jordan has more than the ability to set itself up as an innovator while incorporating classic Jordan designs. 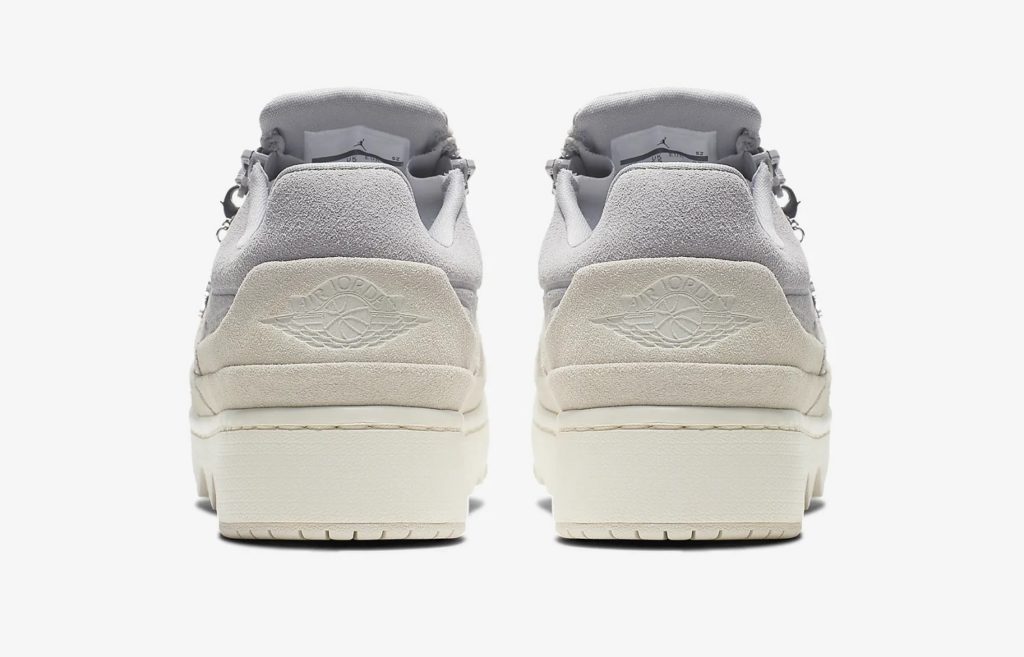 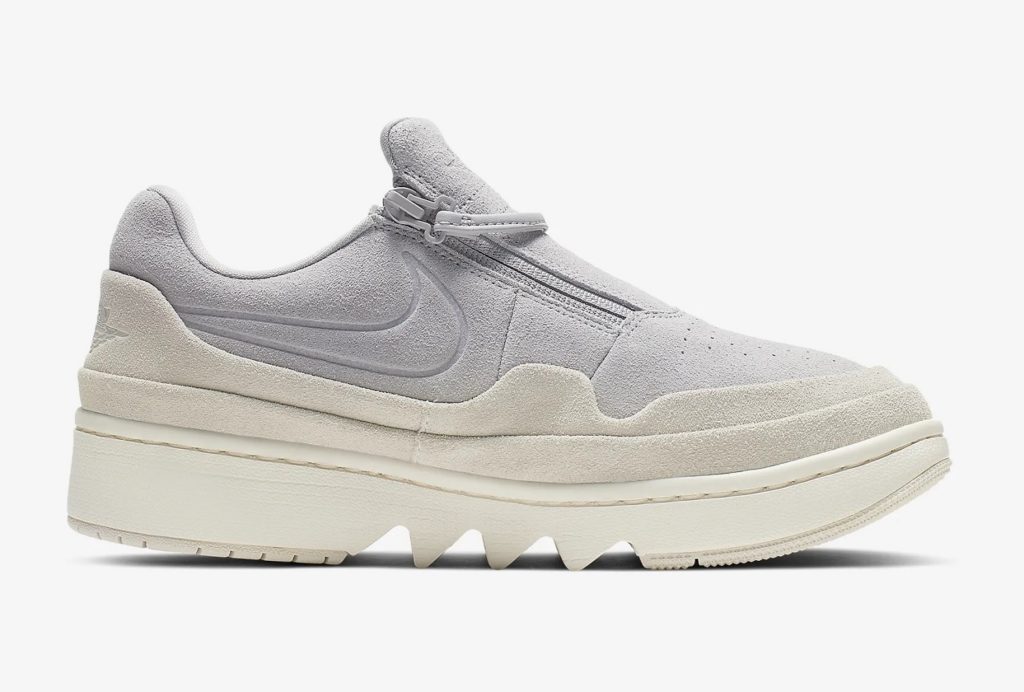 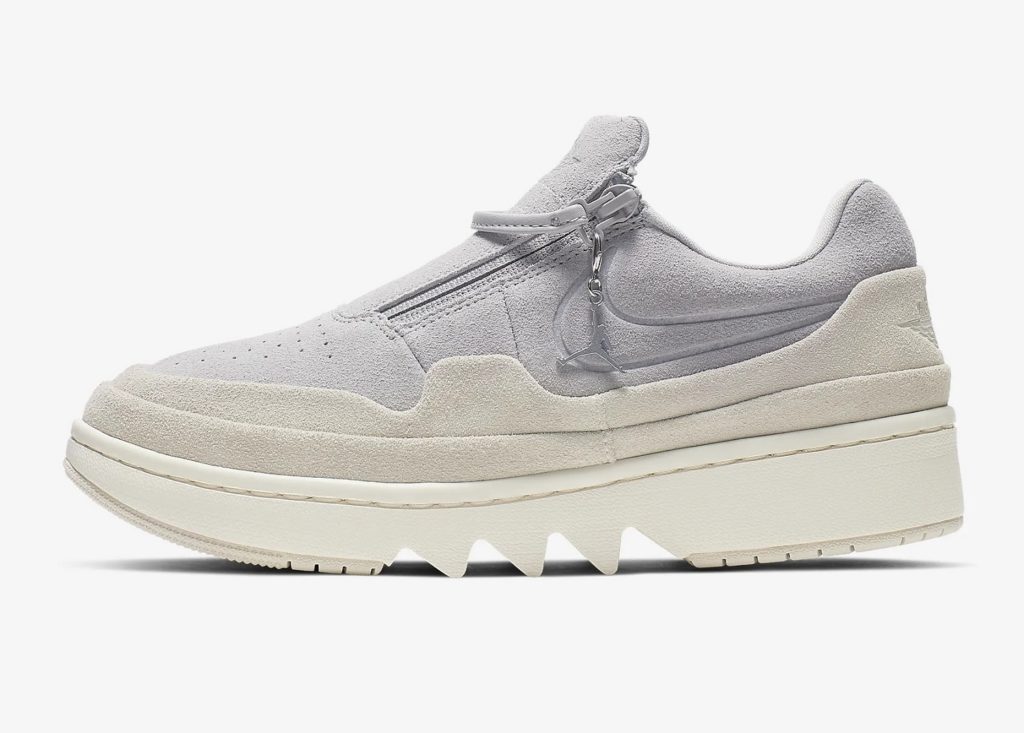 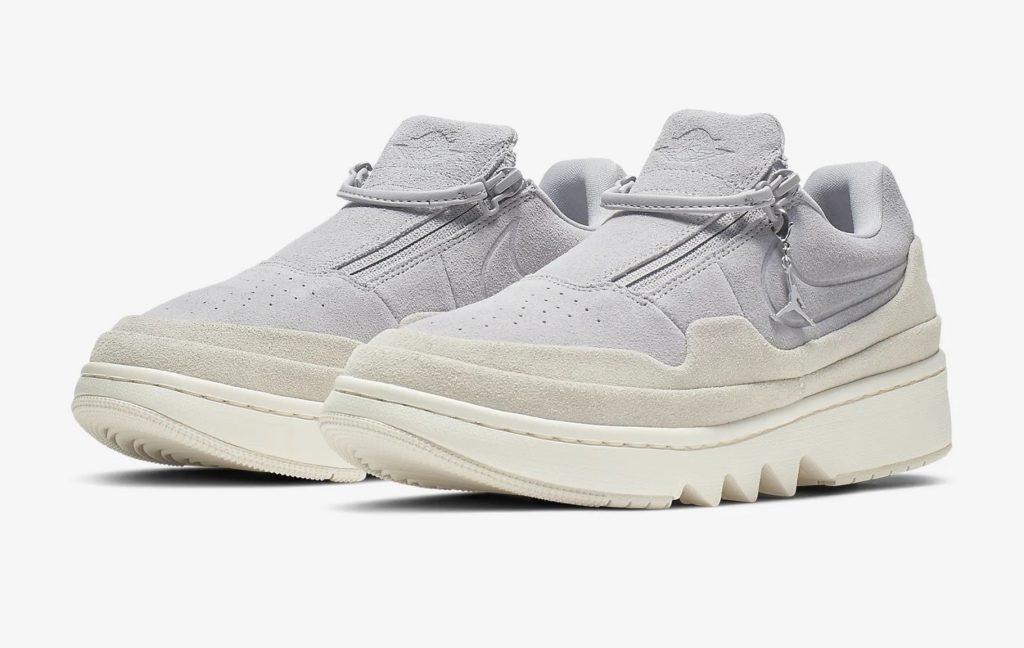