The NBA unveil their collaboration with Louis Vuitton during the L.A. Lakers celebration over the Miami Heat with the #LVxNBA trophy case.

Sunday night, the Miami Heat suffered a devastating loss over the Lakers. The NBA Finals ended with the L.A. Lakers reign supreme. Celebrating the NBA championship, the league gifted a trophy in a collaborated LVxNBA case. Even as the NBA bubble persists, the catwalk to the locker room has brought some new style and inspiration to the game. In many instances, athletes brought awareness to human rights as others led awareness to inspire civil rights awareness.

The NBA joined in the style challenge and collaborated with the Louis Vuitton brand on a range of accessories. Including the one of a kind, LVxNBA trophy case presented during the final ceremony with the L.A. Lakers in attendance. The case sported the iconic beige monogram, with white stripes, red luggage tags, and blue shoulder straps that are reminiscent of the NBA’s logo.

In a brief announcement shared in January, the NBA announced a multi-year partnership with the lifestyle brand. The league engaged with Louis Vuitton to create a collaboration that brought us the league’s first-ever Official Trophy Travel Case provider. 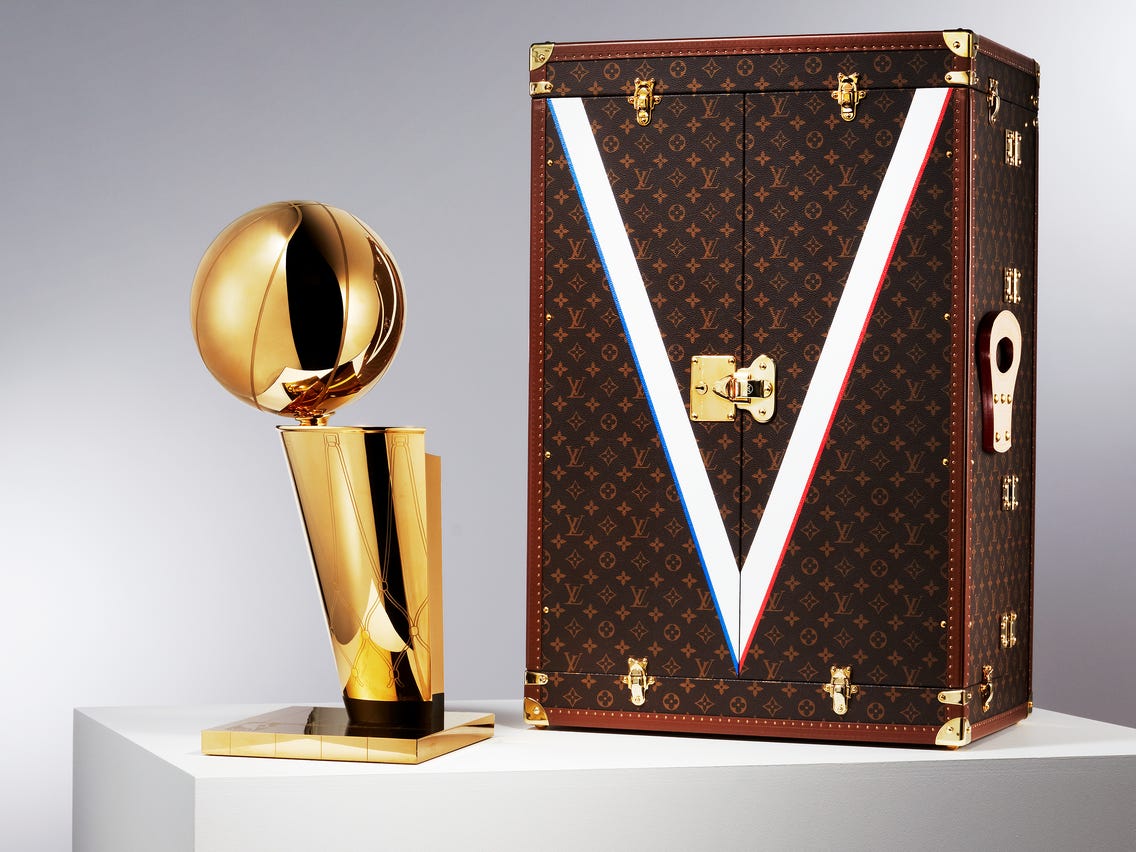 [bctt tweet=”The NBA unveil their collaboration with Louis Vuitton during the #LALakers celebration over the Miami Heat with the #LVxNBA trophy case.” via=”no”]
Image courtesy of NBA
45
VIEWS
ShareShare