While music artists debate whether music streaming is paying their bills, recording labels are raking in over $1 million an hour.

Some artists celebrate reaching one-million music streams on a song which is a significant milestone for many.  But, among the three major labels in the U.S. Universal Music Group, Sony Music Group, and Warner Music Group jointly reportedly on average generated $22.9m, every 24 hours last year.

Once a business launch by Napster is now leading the music industry into its destined evolution of profits.  Between Universal and SONY alone reports of a $1M per hour were being generated off music streaming. In all fairness, it’s just under a million. The fact remains that the once industry that complained about being a dying business duped fans of the artist into creating a music streaming a multi-billion dollar revenue stream.  These numbers are likely to continue growing in 2020. Growth in the streaming marketplace is slowing as the market saturates. Still, there remain many demographics and countries that streaming platforms are hoping to convert to subscribers in the years to come. 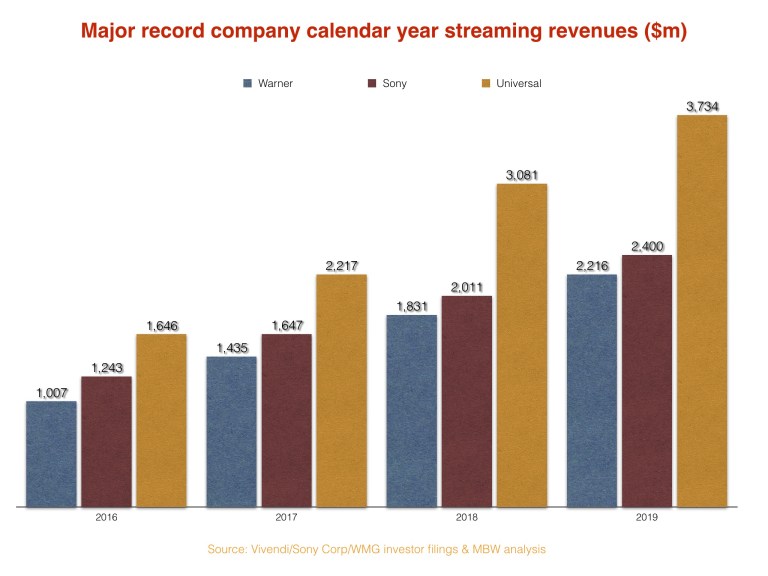 [bctt tweet=”While music artists debate whether music streaming is paying their bills, recording labels are raking in over $1 million an hour.” via=”no”]

Dr. Dre’s 1992 Release ‘The Chronic’ Is Heading For Streaming Services