The curated VerZuZ TV series has taken on a life of its own forcing Instagram to evolve beyond expectations.

According to Swizzbeats, his VerZuZ TV battles hosted on IGTV have estimated a 4-Million viewership fanbase.  The growing popularity of the series has brought in congregations worldwide.  Including the recent rematch between the musical icons, Babyface vs Teddy Riley.  The budding brand has been the main push behind IGTV’s move to laptop viewers.

The current lockdown has had a global effect and also a driving force behind the current technology shift.  As little as a week or two ago, the IGTV feature was localized to the mobile app.  Because of the rising demand and programing variables of viewing behaviors we are now able to access mobile features via our laptops.  Thus far the VerZuZ TV series has catered to a global Hip-Hop fanbase utilizing the likes of Swizzbeats vs Timbaland followed by Mannie Fresh vs Scott Storch.  Pitting icons against each other ‘for the culture’ has been a major move for both Swizz and Timbaland.  A few battles later and VerZuZ TV brand leaders are leading the fight to evolve technology even further.

Those 4-million viewers are slowly evolving again, this time into a pay-per-view fantasy.  The ‘for the culture’ curators’ is now pushing a pay-per-view option.  Swizzbeats is calling into existence a battle between the musical icons Diddy vs Dr. Dre.  The battle was mentioned to be a pay-per-view ticket.  Ultimately moving away from the ‘for the culture’ motto championed by VerZuZ TV.   While the leap to create a paid feature was inevitable fans lose hope.

Facebook could commit to the compromise and grant content creators a pay per view feature.  While failure to do so can move millions of users to a new platform for a temporary fix.  The idea exchanges ‘for the culture,’  for a more desirable sports-themed vertical model.   An opportunity to use sponsorship dollars over the desired pay-per-view feature would be the lesser of two evils.  At least lesser to what I would of choose. 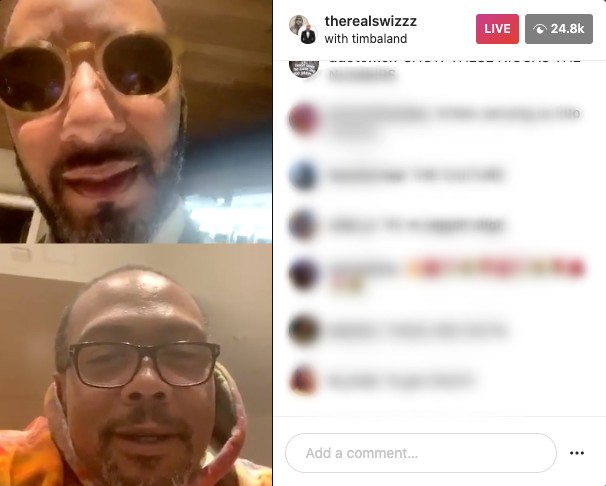 After a few short weeks of live events, data collecting should be above all else.  A decision to go pay-per-view is divisive.  Charging fees during a pandemic in itself is self-absorbing.  The move to not post bills to sponsors flips the ‘for the culture’ model spearheaded by Swizzbeats and Timbaland, on its head for the entire culture of Hip-Hop.  While we are unsure about the future direction that will ultimately be chosen by the musical and business icons but I do hope it is one that benefits fans at the front end of the model.

[bctt tweet=”The curated VerZuZ TV series has taken on a life of its own forcing Instagram to evolve beyond expectations.” via=”no”]

DMX’s Posthumous Album ‘EXODUS 1:7’ Expected At The End Of This Month